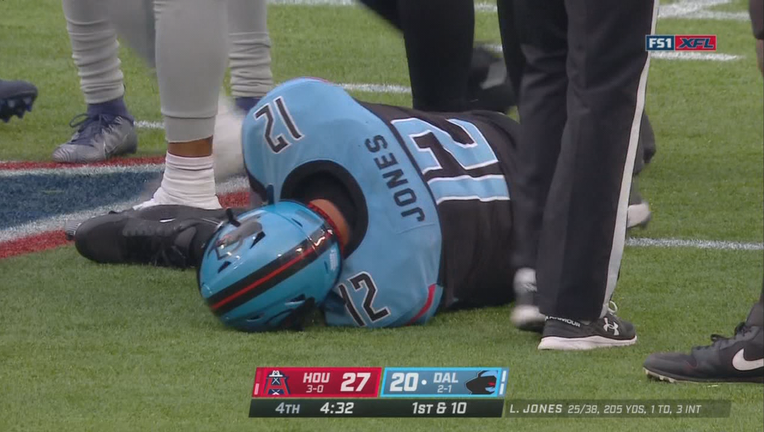 DALLAS - There is good news for the XFL’s Dallas Renegades. The injury to their starting quarterback is not as bad as feared.

Landry Jones hurt his knee in Sunday’s loss to Houston. But, an MRI showed he only re-aggravated a training camp injury.

Jones is expected to miss at least two weeks of play, not the four to six weeks originally feared.

The team will add another quarterback to its roster as a backup.

Meanwhile, one of the Renegades’ coaches has a more serious injury.

Offensive coordinator Hal Humme broke his leg Sunday when he was hit by his own running back Cameron Artis-Payne.

The 67-year-old Mumme coached the rest of the game, apparently unaware that he had broken a bone.

He will be in the safety of a booth this weekend.