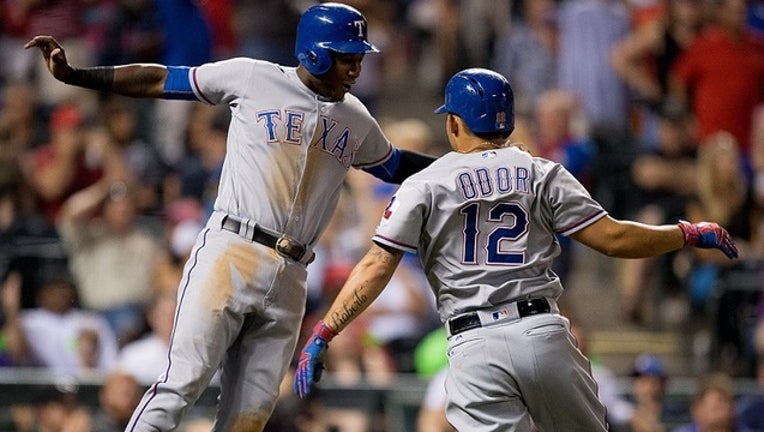 DENVER, CO - AUGUST 8: Jurickson Profar #19 and Rougned Odor #12 of the Texas Rangers celebrate as they score two runs to tie a game against the Colorado Rockies in the ninth inning of a game at Coors Field. (Photo by Dustin Bradford/Getty Images)

The AL West leaders moved two runners into scoring position with a double steal before Andrus' single tied it 3-all. Moreland sent Andrus home with a double before he was thrown out stretching at third.

Texas, which has won three straight and eight of 11, improved to 4-3 on its eight-game road trip. The Rangers and Rockies conclude a two-game series in Colorado on Tuesday before heading to Texas to begin another two-game set Wednesday.