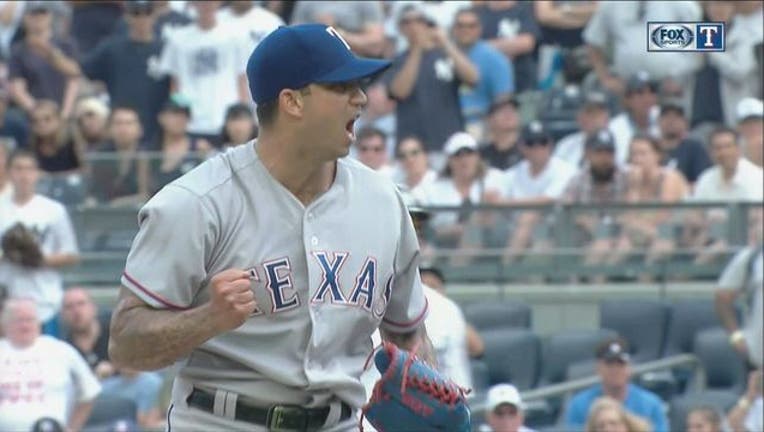 NEW YORK (AP) - Adrian Beltre, Shin-Soo Choo and Drew Robinson each homered off Michael Pineda to build a seven-run lead, and the Texas Rangers held on to beat the New York Yankees 7-6 on Sunday.

Robinson's solo shot was his first major league hit and put Texas up 7-0 in the fourth inning. The Rangers improved to 11-5 over their past 16 games but had to resist New York's powerful offense to do it.

After homers from Gary Sanchez and Ronald Torreyes helped pull the Yankees within a run, Keone Kela worked around Chase Headley's leadoff double for a scoreless eighth, and Matt Bush struck out Sanchez with a runner aboard to cap his ninth save.

Before the game, New York hosted its 71st Old Timers' Day, and for the first time since 2012, the Yankees staged the event while in first place. That was before Pineda (7-4) gave up seven runs in four innings, though, and the team has lost 10 of 12 since reaching a season-high 15 games over .500.

Nick Martinez (3-3) gave up four runs in five innings, including a three-run homer to Sanchez.