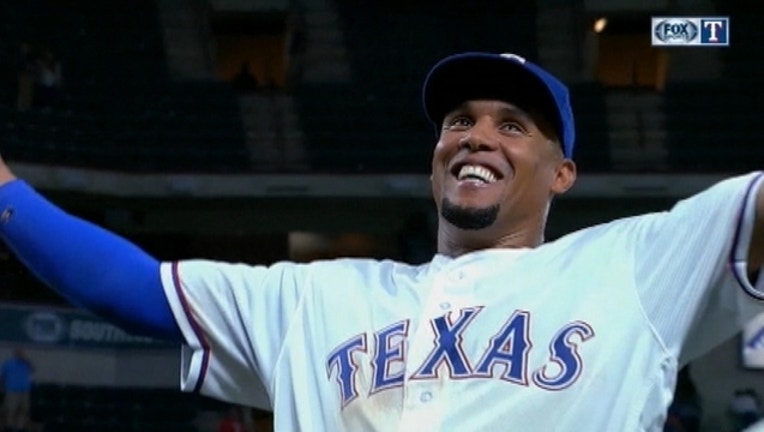 ARLINGTON, Texas (AP) - Texas Rangers center fielder Carlos Gomez is headed to the disabled list and will be sidelined for at least a month with a right hamstring strain.

Gomez underwent an MRI and was examined by team physician Dr. Keith Meister on Monday, when the team was off a day after the outfielder got hurt in a 6-4 victory over Oakland.

The Rangers said Gomez will be out four to six weeks. He will be placed on the 10-day disabled list before Tuesday's game against Philadelphia, when a corresponding move will be made to replace him on the active roster.

Gomez, who had three hits Sunday, scored from second base on Delino DeShields' two-out infield single in the seventh inning. Gomez lunged toward the plate to avoid a bat that was still on the ground.

After the game, Gomez said he was going full speed and didn't want to slide because he thought he could get hurt that way.