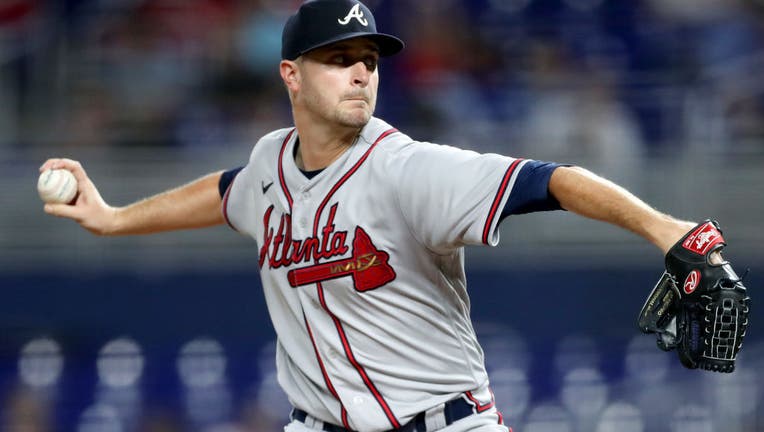 MIAMI, FLORIDA - OCTOBER 04: Jake Odorizzi #12 of the Atlanta Braves delivers a pitch against the Miami Marlins during the third inning of the game at loanDepot park on October 04, 2022 in Miami, Florida. (Photo by Megan Briggs/Getty Images)

Allard, drafted from San Clemente (California) High School, made his major league debut with Atlanta in 2018 but appeared in only three games with the Braves before he was traded to Texas in 2019 for righty Chris Martin.

The Braves acquired Odorizzi from the Houston Astros on Aug. 2 for left-hander Will Smith. Odorizzi, 32, was 6-6 with a 4.40 ERA in a combined 22 games with Houston and Atlanta last season.