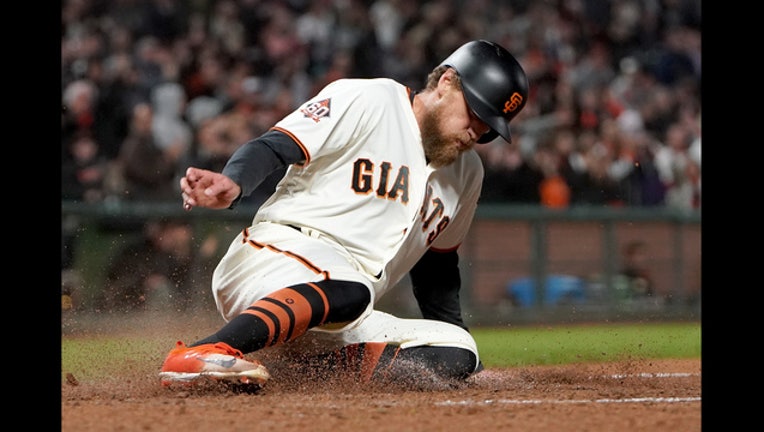 General major Jon Daniels said Thursday that the 35-year-old outfielder, who played winter ball, has a long track record of being a great teammate and is a winning player.

Pence dealt with a thumb injury early last season, when he played 97 games for San Francisco. He hit .226 with four homers and 24 RBIs, all career lows.

The three-time All-Star played at Texas-Arlington, only a few miles from the Rangers home stadium. Houston took him in the second round of the 2004 amateur draft.

Pence is a .280 career hitter in 12 big league seasons with Houston, Philadelphia and San Francisco, where he was part of two World Series championships.