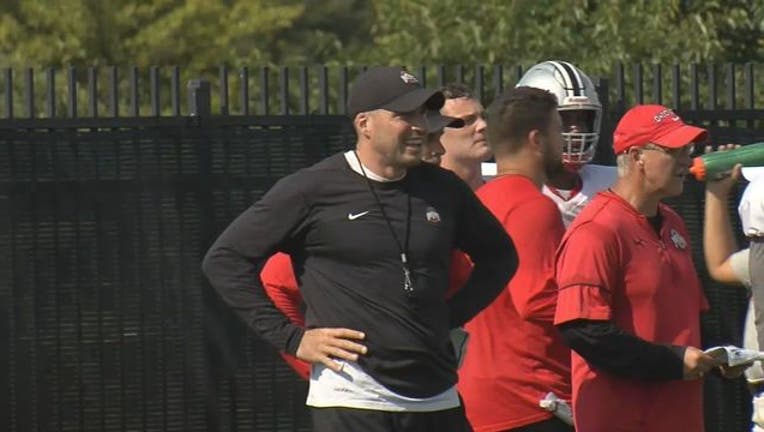 The school made the announcement on Friday.

Grinch spent three years as defensive coordinator and secondary coach at Washington State under Mike Leach from 2015-17 and turned a unit that ranked 99th nationally the season before he arrived into one that ranked 16th overall and ninth in pass defense in 2017.

After that, he spent one season at Ohio State and helped the Buckeyes reach the Rose Bowl. Now, he looks forward to working under Oklahoma coach Lincoln Riley.

"This is a unique opportunity at one of the premier institutions under elite leadership," Grinch said in a statement. "Oklahoma is in the top one percent. There's no faking it in this business. You're either it or you're not. Oklahoma is one of those programs."

Grinch also has been an assistant at Missouri, Wyoming and New Hampshire. He was a Broyles Award semifinalist in 2017 while at Washington State, an honor that goes to the nation's top assistant coach, and he has been nominated for the award three times.

"Alex has an outstanding track record as a defensive coach and a defensive coordinator," Riley said. "He's been one of the most sought-after guys in the country here the last couple of years, especially for the work that he did at Washington State. Taking that defense where he did in a short amount of time is one of the best coaching jobs in the country over the last several years."

Grinch steps in for a program that has struggled defensively in recent years. The Sooners lost in the College Football Playoff semifinals the past two years, despite having Heisman-winning quarterbacks, because they gave up 54 points against Georgia two seasons ago and 45 points against Alabama this season. This season, the Sooners fired defensive coordinator Mike Stoops after a regular-season loss to Texas, and they continued to struggle on defense under interim coordinator Ruffin McNeill.

Things appear to be looking up. Oklahoma pulled in a strong defensive recruiting class this year, despite players not knowing who the Sooners were going to hire.

"They see where we're at, which is at a great place right now, but I think they also feel like everybody does in this building - strong about where we're going," Riley said last month. "The fact that we can get so much better - I think our players (recruits) see that. I think they trust us and they trust the direction this thing's going. They trust any changes that we'll make are going to be in their best interest and do nothing but make this program better."

Riley said Grinch also has a proven record as a recruiter.

"His specialty has been the secondary, but he'll certainly be involved in all aspects of our defensive recruiting," Riley said. "He's a personable guy and has an outstanding track record in that area. It's something he's very invested in and he fits with the standard that we've created here. Recruiting is going to be at the forefront of everything we do. Alex certainly agrees with that and fits in perfectly."