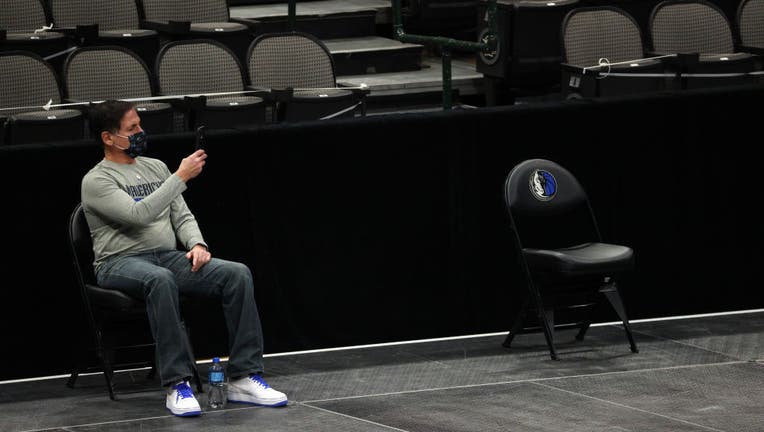 Owner Mark Cuban of the Dallas Mavericks during a preseason game against the Minnesota Timberwolves at American Airlines Center on December 17, 2020 in Dallas, Texas. (Photo by Ronald Martinez/Getty Images)

DALLAS - The Dallas Mavericks will not have fans at their home games to start the season.

The Mavericks home opener on December 30 will be the first regular season home game for Dallas since the NBA halted play because of COVID-19 in March.

The Mavericks aren't giving any timetable on when they could start allowing fans. Large tarps will cover some seating in the lower bowl during games.

Just six NBA teams plan to have a limited amount of fans in their buildings for the first part of the season. The Mavericks opens their season Wednesday night in Phoenix.

The Dallas Stars have already announced they will allow a limited number of fans for home games, about 5,000 or about a quarter of the arena's capacity.