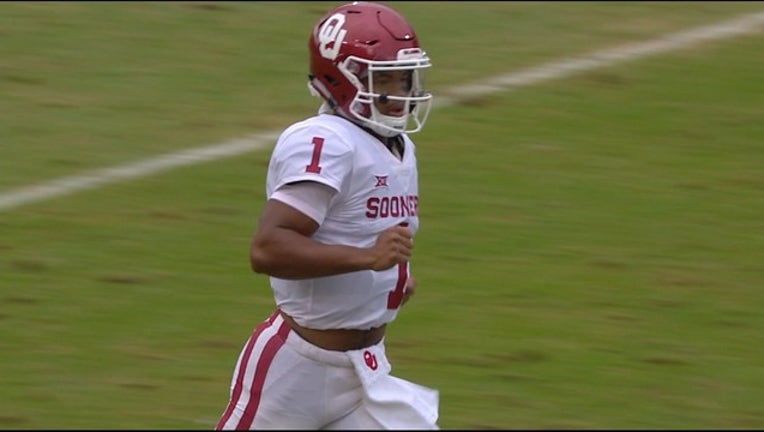 Oklahoma will need to win its 19th consecutive true road game over four seasons to maintain a share of the Big 12 lead. No. 12 West Virginia and No. 15 Texas, the teams the Sooners are currently tied with atop the conference standings, play each other this weekend. Texas Tech has lost its last seven games against top-10 teams since a win over West Virginia in 2012. The Red Raiders could get bowl eligible for the 16th time since 2000.

Texas Tech coach Kliff Kingsbury's offense against Oklahoma interim defensive coordinator Ruffin McNeill. The Red Raiders average 528 yards and 42 points a game, second only to Oklahoma in the Big 12. The Sooners have held TCU to 275 total yards and Kansas State to 245 since McNeill took over for fired DC Mike Stoops. McNeill is a former Texas Tech defensive coordinator and was on staff there when Kingsbury played quarterback.

Oklahoma: WR CeeDee Lamb caught four passes for a career-high 160 yards in a win against Kansas State last week. That included touchdowns of 82 and 57 yards. He has TD catches in seven consecutive games.

Texas Tech: WR Antoine Wesley is second nationally with 122 yards receiving a game, and has 977 yards on 58 catches this season. In his 17 games the previous two seasons, the junior had only 10 catches for 137 yards in 17 games.

Oklahoma has averaged 49.8 points and 585 total yards per game its last six games against Tech.. .. Red Raiders LB Dakota Allen has recovered fumbles in each of the last two games. ... The Sooners have won 13 consecutive November games since 2014. ... Texas Tech freshman CB Adrian Frye is fourth nationally with 15 passes defended, including four interceptions.