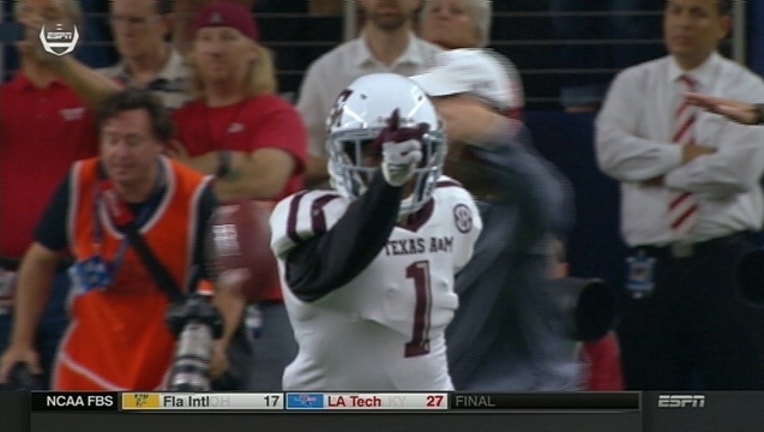 ARLINGTON, Texas (AP) — Kyle Allen threw for 358 yards, with a 20-yard touchdown to Christian Kirk in overtime as No. 14 Texas A&M completed another late comeback against Arkansas, winning the SEC opener 28-21 on Saturday night.

The Aggies (4-0) had a chance to win the game on the final play of regulation, but Taylor Bertolet's 38-yard field goal attempt was just wide right.

Allen, who was 21 of 28 passing with both of his touchdowns to Kirk, hit the true freshman receiver in the end zone on the second play of overtime.

Arkansas (1-3, 0-1) then got its chance, but DeVante Harris tipped away Brandon Allen's pass to Drew Morgan on fourth-and-4 from the 19.

Kirk finished with eight catches for 173 yards. Josh Reynolds had three catches for 106 yards, including a 63-yard play to set up Texas A&M's touchdown with 2:50 left before catching the tying 2-point conversion.