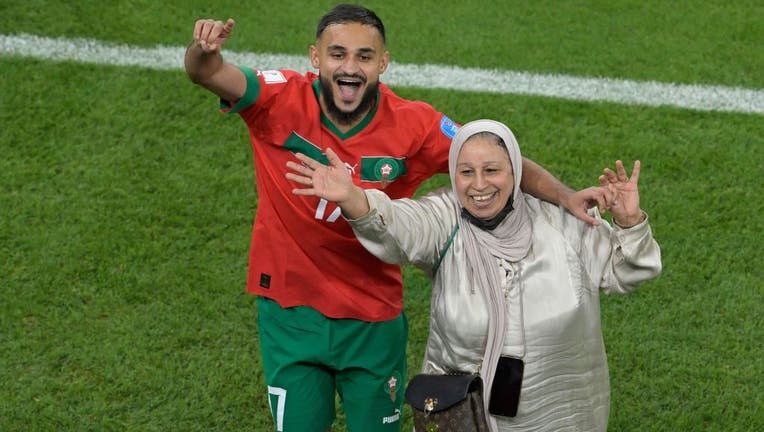 DOHA, Qatar - There are many ways to celebrate a win in the World Cup, but Sofiane Boufal's actions are melting hearts across the internet.

Boufal, who plays for Morocco, grabbed and danced with his mother on the field after the team scored a victory against Portugal.

The video, circulating on social media, shows the mother and son adorably holding hands, dancing in circles and in front of the crowd.

Morocco delivered a seminal moment in the nearly 100-year history of soccer’s biggest tournament, beating Cristiano Ronaldo and his Portugal team 1-0 Saturday in another shocking result in the first World Cup staged in the Middle East.

Youssef En-Nesyri scored the winning goal in the 42nd minute to continue an improbable run that has generated an outpouring of pride in the Arab world, inspiring displays in Arab identity from fans in different countries.

Africa is also rejoicing at finally having a nation advancing to the levels typically only reached by European or South American teams. Cameroon (1990), Senegal (2002) and Ghana (2010) all reached the quarterfinals but got no further. 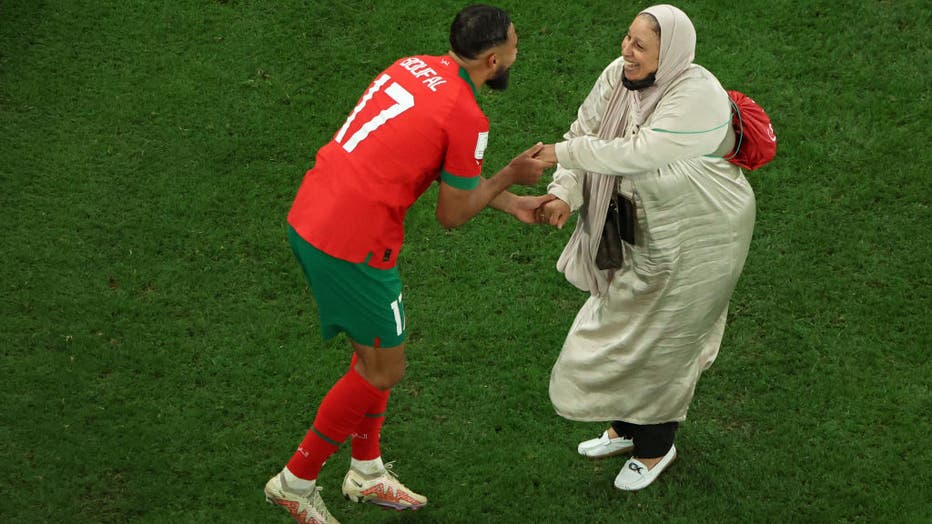 DOHA, QATAR - DECEMBER 10: Sofiane Boufal of Morocco celebrates with his Mother after the team's 1-0 victory in the FIFA World Cup Qatar 2022 quarter final match between Morocco and Portugal at Al Thumama Stadium on December 10, 2022 in Doha, Qatar.

Morocco has broken through, setting up a semifinal match against either France or England.

In a game played to the backdrop of non-stop whistles and jeers by Morocco’s passionate fans, the team relied almost exclusively on counterattacks and scored from one of them.

Morocco might have to cope without its two starting center backs in the semifinals. Nayef Aguerd missed the game against Portugal with a thigh injury and Romain Saiss, Morocco’s captain, was carried off on a stretcher with a suspected left hamstring injury. Another key member of the defense, left back Noussair Mazraoui, was absent because of an illness while Regragui said right back Achraf Hakimi has been playing with an injury.