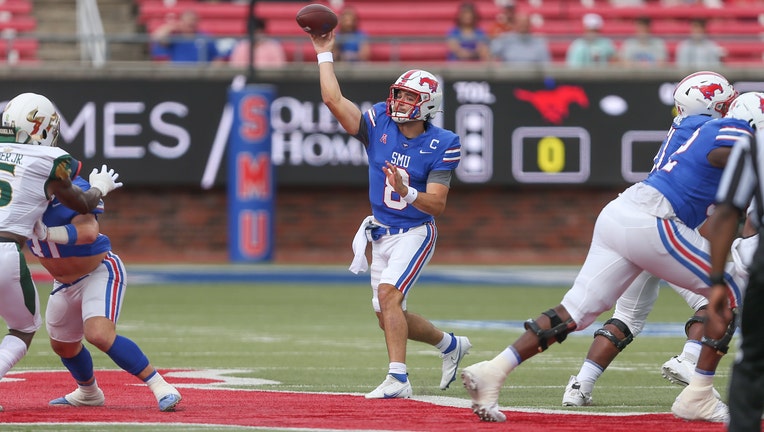 DALLAS (AP) - Tanner Mordecai threw two of his four touchdown passes in the first quarter as undefeated Southern Methodist jumped to a 16-0 lead in the first half and rolled to a 41-17 in over South Florida in the American Athletic Association opener for both schools Saturday afternoon.

Mordecai fired a 21-yard pass to Reggie Roberson, Jr. four minutes into the game to put the Mustangs on top and they pushed the lead to 17-3 by intermission. The Bulls got within a touchdown, 17-10, after Jared Mangham scored the first of his two third-quarter touchdowns on a one-yard plunge.

Mordecai completed 28 of 41 passes for 287 yards and hit Danny Gray for two of his four touchdown passes. Gray finished with seven catches for 74 yards. Tre Siggers carried 19 times for 79 yards and a touchdown for the Mustangs (5-0, 1-0).