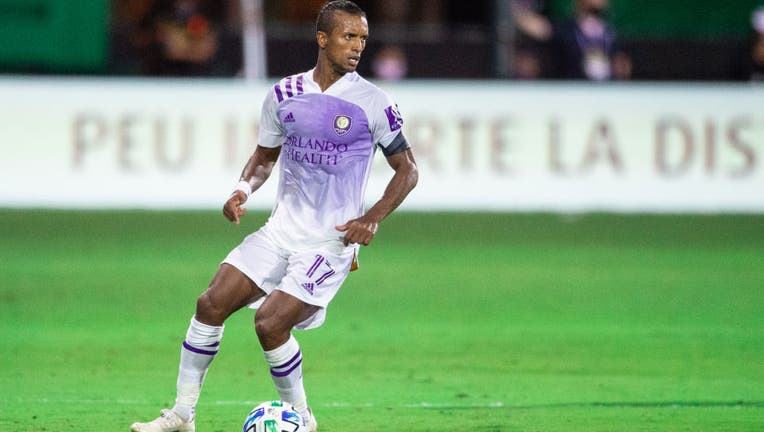 After 50 games spanning an entire month, 143 goals scored (at a healthy average of almost three per game), and endless uses of the word “bubble”, the MLS Is Back Tournament finally reaches its conclusion, as the Portland Timbers face off with Orlando City SC in Tuesday night’s final (8:30pm ET, ESPN). One team, though not exactly a pre-tournament favorite, you could have made a compelling argument about that they’d make a run like this. The other team? No one at all saw this coming, as they kicked things off back on July 8th. So how did they get here, and what happens next?

As many as seven of Portland’s 11 starters in this final were in another final less than two years ago, MLS Cup 2018. A team stacked with experience and veteran know-how, featuring two of the best players in their positions in MLS history—Diego Valeri and Diego Chara—this is a Timbers team that came into 2020 with a particular chip on their shoulder for how 2019 ended: hoping to make another run at the title game, instead they fizzled and faded down the stretch, and went out in the first round of the playoffs.

To paraphrase coach Giovanni Savarese talking to FOX Sports early this week, the Timbers veterans are still disappointed to have lost out on a trophy in 2018, and want to repeat what a few of them experienced in winning MLS Cup 2015. The younger and newer players, meanwhile, are hungry for what would be a first professional title for many of them. They’ve shown patience, resolve, concentration in withstanding furious comebacks against Cincinnati and Philadelphia, and in engineering one of their own in the quarterfinal vs New York City.

Their star during this tournament has been Sebastian Blanco: the midfielder from Argentina set a club record with assists in each of the first five games of the tournament, and scored the eventual winning goal against the Union in the semifinal.

To put it bluntly, since entering MLS in 2015 with ambition, fanfare, and a lot of success in their recent pass at the USL level, the Lions haven’t been very good since: they’ve never made the MLS playoffs, and in each of their first four years actually had a progressively worse record each season. When Oscar Pareja was hired this winter to be Orlando’s fourth head coach in their sixth season, however, all of that changed: he brought not only passion and energy, but experience in quickly turning two other MLS clubs (Colorado in 2012 and Dallas in 2014) into postseason contenders.

You can have the best coach in the world running the show on the sideline, but you need good players too, and luckily Orlando have that too: foreign veterans like goalkeeper Pedro Gallese and midfielder Mauricio Pereyra have gelled quickly with young Americans like Chris Meuller and Benji Michel (who came off the bench to score the dagger goal in the semifinal win over Minnesota). Orlando have shown not just grit and toughness at MLS Is Back, but have ridden their luck some as well, especially in their quarterfinal upset over pre-tournament favorite LAFC.

Their star though has been one of the most high-profile players in all of MLS: 33-year-old Nani has spent the last month showing all the skill and leadership and guts you’d expect of someone with experience at Manchester United, and who won a European Championship with Portugal. His two goals in their 3-1 win over Minnesota were as good an example as any of what they were hoping to get when signing him last year.

There’s not much history between these teams: being in difference conferences means just five prior meetings, and though Orlando has won three of them, few of the players involved in past years are still around. The Timbers have more experience together as a unit, and have shown this month that whether leading, tied, or trailing, they can stick to a plan and execute it. Orlando are currently riding this unexpected wave of momentum and confidence and hoping to cash it in for a first-ever trophy at the MLS level. Both Blanco and Nani have made their case to be the tournament’s MVP, and whoever is on the winning side Tuesday will probably walk away with that award.

So, will it be the veterans who have geared back up for another chance to win something? Or the team that has shown that in a tournament like this, your history matters less than what you’re willing to put into each day? This might be an unexpected final, but whoever wins the MLS Is Back Tournament will be a very deserving champion.