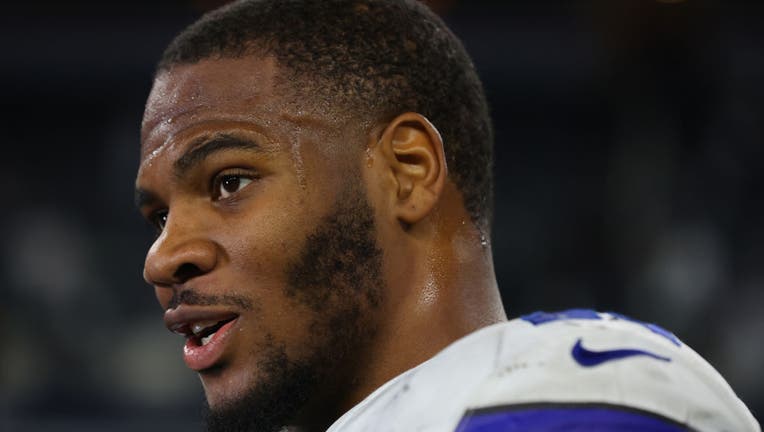 ARLINGTON, TEXAS - DECEMBER 24: Micah Parsons #11 of the Dallas Cowboys speaks to a reporter after a win over the Philadelphia Eagles at AT&amp;T Stadium on December 24, 2022 in Arlington, Texas. (Photo by Richard Rodriguez/Getty Images)

It was two days of good news for Parsons, who was named an All-Pro for the second time on Friday.

The Cowboys retweeted Parsons' announcement and added that she arrived just in time to watch her dad in the playoffs.

The Cowboys take on the Tampa Bay Buccaneers on Monday in the opening round of the playoffs.