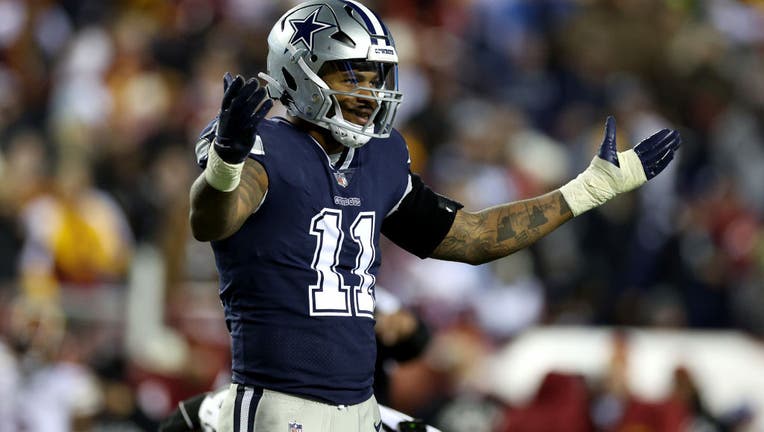 LANDOVER, MARYLAND - JANUARY 08: Linebacker Micah Parsons #11 of the Dallas Cowboys looks back to the bench against the Washington Commanders at FedExField on January 08, 2023 in Landover, Maryland. (Photo by Rob Carr/Getty Images)

Safety Jayron Kearse was more than happy to reflect on a late-season blip from the Dallas defense when the regular season was still going on.

Now that the playoffs have arrived, it’s a hard turn to 2023 for the Cowboys in Kearse’s mind.

"That leaves 2022 behind us, and let’s start this new season that we have ahead of us the way that we need to start it," Kearse said Wednesday. "What we did in the regular season means nothing."

In keeping with the idea of a reboot, the Cowboys will visit Tom Brady and the Tampa Bay Buccaneers in a wild-card game Monday night with two defenders expected back in the lineup after missing several games with injuries.

Linebacker Leighton Vander Esch was out the final three games of the regular season with a neck injury, and is set to resume play-calling responsibilities that fell in part to Kearse.

Defensive tackle Johnathan Hankins, a midseason trade acquisition designed to plug a leaky run defense, is on track to play after missing four games with a pectoral muscle strain.

DaRon Bland, tied for second among NFL rookies with five interceptions, left last week’s 26-6 loss to Washington in the regular-season finale with a chest injury but is expected to play against the Bucs (8-9).

The Cowboys will look to avoid another first round loss in the playoffs and beat Tom Brady for the first time.

How to watch: The game will be airing on ESPN, ABC, ESPN2, and you can stream the game on ESPN+