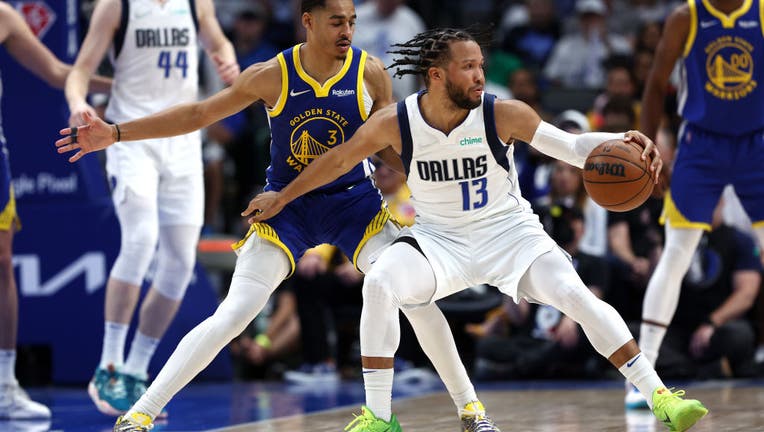 DALLAS, TEXAS - MAY 24: Jalen Brunson #13 of the Dallas Mavericks dribbles against Jordan Poole #3 of the Golden State Warriors during the fourth quarter in Game Four of the 2022 NBA Playoffs Western Conference Finals at American Airlines Center on M

DALLAS - The Dallas Mavericks are trying not to think too much about the three games they’ve lost and the three they still have to win to advance in the NBA playoffs.

The Mavs did beat the Golden State Warriors Tuesday at home and avoided a sweep in the Western Conference Finals.

Game 5 will be in San Francisco Thursday night.

No NBA team has ever come back to win a playoff series after being down 3-0.

The Mavs hope to make history doing just that.

"I still believe we can win. So, after next week, if you lose, you lose. So, doesn’t matter how many you win. But, we have to go game by game. We’re going to believe until the end," said Mavericks guard Luka Doncic.

With one more win, Golden State will head to the NBA Championship Series.