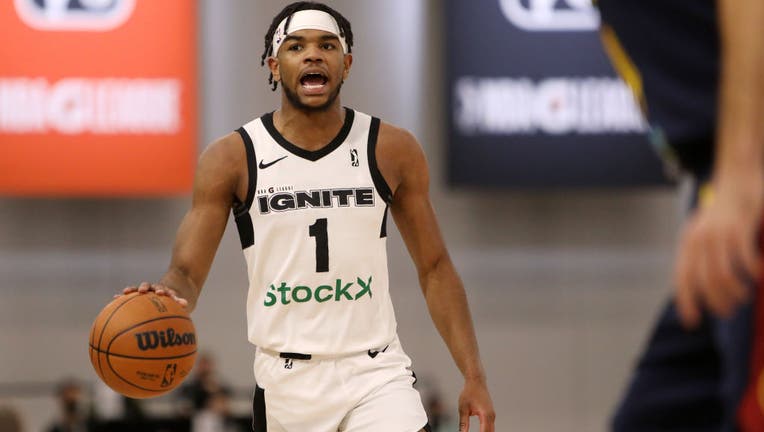 LAS VEGAS, NEVADA - DECEMBER 19: Jaden Hardy #1 of the G League Ignite advances the ball against of the Grand Rapids Gold during the NBA G League Winter Showcase at the Mandalay Bay Convention Center on December 19, 2021 in Las Vegas, Nevada. (Photo

DALLAS - The newest Dallas Mavericks player said he is desperate to prove he belongs in the NBA.

The Mavs traded draft picks to take guard Jaden Hardy in the second round last month from the development G League.

Dallas is reportedly close to signing the 20-year-old to a multi-year contract.

Many experts and Hardy himself thought he would be selected in the first round.

He said that will motivate him as he prepares for the upcoming season.

Hardy will play with the Mavs’ summer league team.

Its first game is Friday afternoon in Las Vegas.