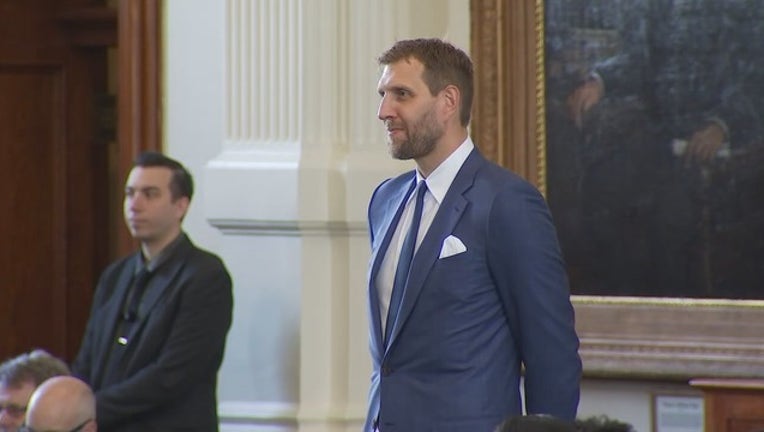 Nowitzki was in Austin on Tuesday to visit Abbott, who introduced the German-born star as the greatest player in Mavericks history and one of the greatest in the league.

The 40-year-old Nowitzki retired in April. A 14-time All-Star, he led the Mavericks to their only championship in 2011.

Nowitzki also appeared in the Texas House and the Senate, where he was congratulated by legislators and posed for photos.