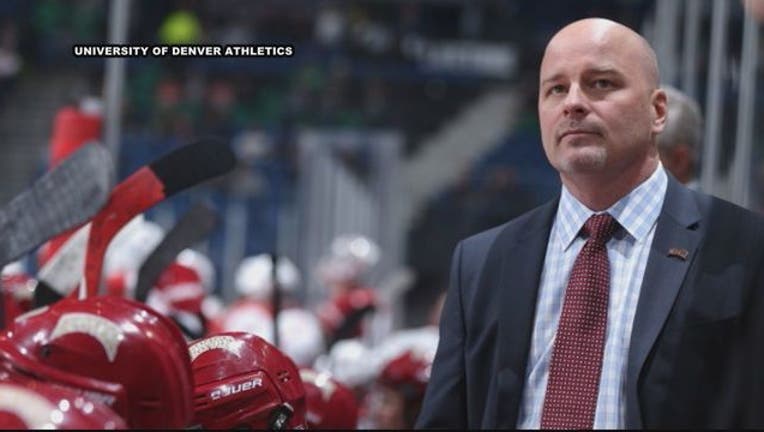 DENVER (AP) - A person with knowledge of the situation tells The Associated Press that the Dallas Stars will hire the University of Denver's Jim Montgomery to be their next head coach.

Montgomery takes over Ken Hitchcock, who retired last month and will become a consultant for the Stars. The person spoke on condition of anonymity Wednesday because the hiring had not been announced.

The 48-year-old Montgomery spent five seasons in charge of the Pioneers and led them to a national title in 2016-17. Before his arrival in Denver, Montgomery spent three seasons as the head coach/general manager of the United States Hockey League's Dubuque Fighting Saints.

Montgomery spent parts of six seasons in the NHL, finishing his career by playing one game for the Stars during the 2002-03.