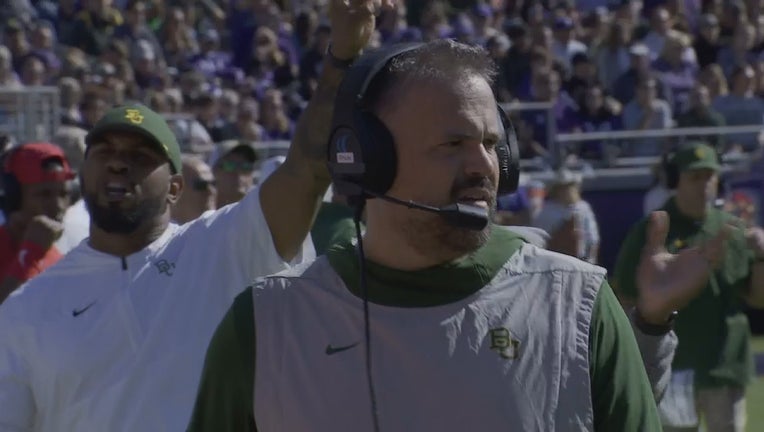 DALLAS - A familiar face will be on the opposing sideline when the Cowboys host Carolina Sunday.

Former Baylor head coach Matt Rhule returns to AT&T Stadium for the first time since the Bears lost the Big 12 title game in 2018.

Rhule’s Panthers are off to a surprising 3-0 start to the NFL season.

He said the 2-1 Cowboys will be their most difficult opponent so far.

And it all starts with his defense trying to slow down quarterback Dak Prescott.

"He's superb. You know, he calls the game at the line of scrimmage. He's getting the ball out of his hand. You know, he's the second fastest guy in the NFL now from snap to throw, which is, you know, emblematic or symptomatic. I don't know the right word of what a quarterback who knows exactly where the ball is going to go versus the defense who’s on the same page with his receiver, who’s getting the right plays versus, you know, the right coverages," Rhule said.

Dallas plays Carolina Sunday on FOX 4. Kickoff at AT&T Stadium in Arlington is set for noon. Coverage begins at 10 a.m.

First round pick Micah Parsons making an impact with the Cowboys