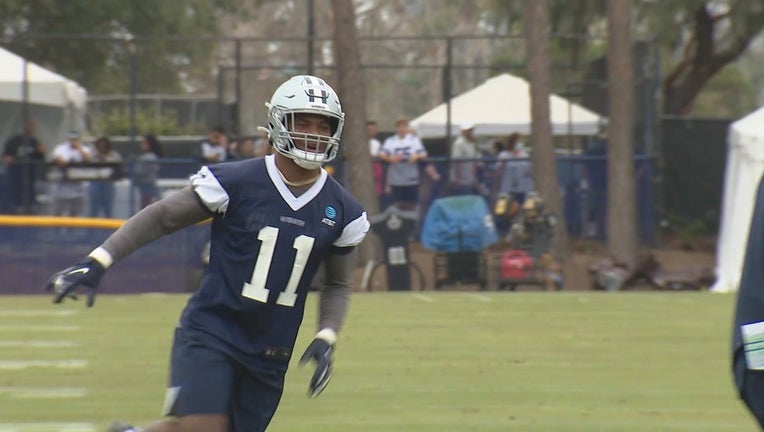 FRISCO, Texas - Major improvements on defense have helped the Cowboys win two of their first three games this season.

First round pick Micah Parsons has been one of the biggest contributors.

He was drafted out of Penn State as a linebacker and has also played at defensive end.

Parsons may have some added motivation when Dallas hosts the Panthers Sunday.

Cowboys hoping to build on win over Eagles

Carolina had a chance to select him with the eighth overall pick earlier this year but passed.

"Yea, I spoke to Carolina once or twice but obviously I wasn’t their guy. But it’s okay. I am at where I need to be," he said.

When asked if he took notice of the teams that didn’t draft him, Parsons said he thinks everyone does.

"I mean, it’s the way life is. You just gotta play ball during the day whether you’re the first pick or the last pick. I mean, there are guys who are undrafted who make an impact," he said.

The Cowboys play the Panthers Sunday on FOX 4. Kickoff at AT&T Stadium is set for noon.