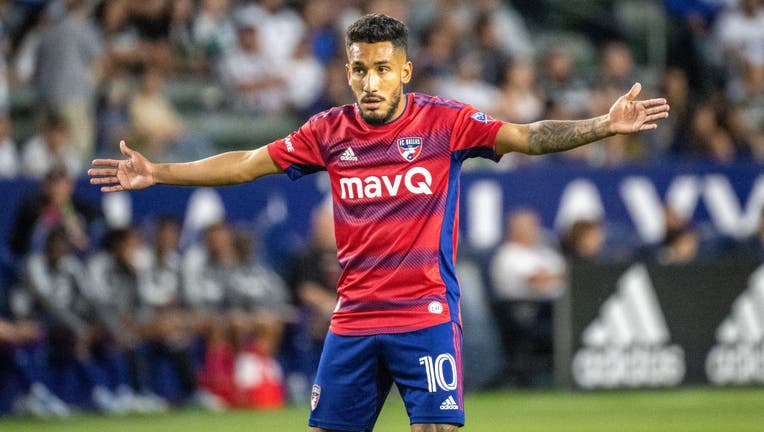 CARSON, CA - MAY 14: Jesús Ferreira #10 of FC Dallas during the game against Los Angeles Galaxy at the Dignity Health Sports Park on May 14, 2022 in Carson, California. FC Dallas won 3-1. (Photo by Shaun Clark/Getty Images)

Ferreira gave Dallas (6-1-4) an early lead with a goal in the 11th minute. Paul Arriola stretched the lead to 2-0 with a score in the 20th minute and Ferreira added his MLS-leading ninth goal just three minutes later.

The win vaults Dallas into second place in the Western Conference, one point behind LAFC.

Douglas Costa scored in the 67th minute for the Galaxy (6-4-1), who began the day in a third-place tie with Dallas.