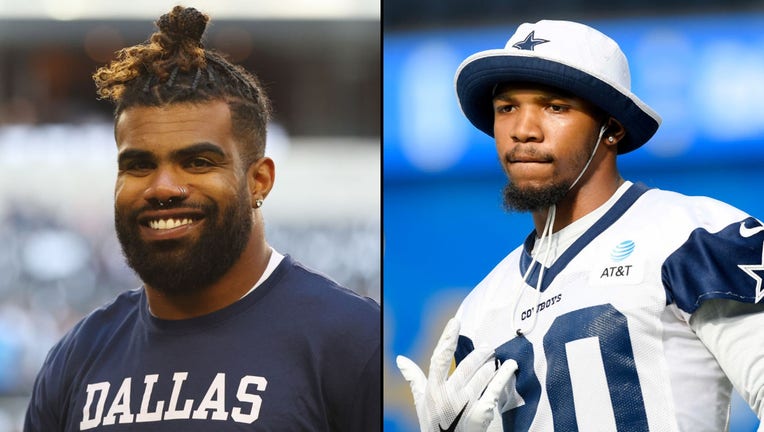 DALLAS - The Cowboys say there’s no controversy about who should start at running back even after what happened last Sunday.

Tony Pollard started against Chicago in place of the injured Ezekiel Elliott.

Pollard had 131 rushing yards and three touchdowns in the win.

Many fans have been calling for Pollard to start even after Elliott returns.

The Dallas running backs coach said both players provide value to the offense.

"I'm being completely honest. I am very lucky to have these two cats. And I think the one thing that helps is that they both respect each other, and they both understand they both have qualities. One guy is truly a hammer, hammer, hammer, hammer. I told him that. ‘Dude, when I think about you, I think about you running over somebody, not breaking people down and running away.’ I mean, my vision is a very physical downhill runner and that's what he is. I mean, be who you are. And Tony is more slasher," said Coach Skip Peete.

The Cowboys did not make any moves before the NFL trade deadline.

ESPN reported the team did try to trade for Houston Texans receiver Brandin Cooks, but the deal fell through.