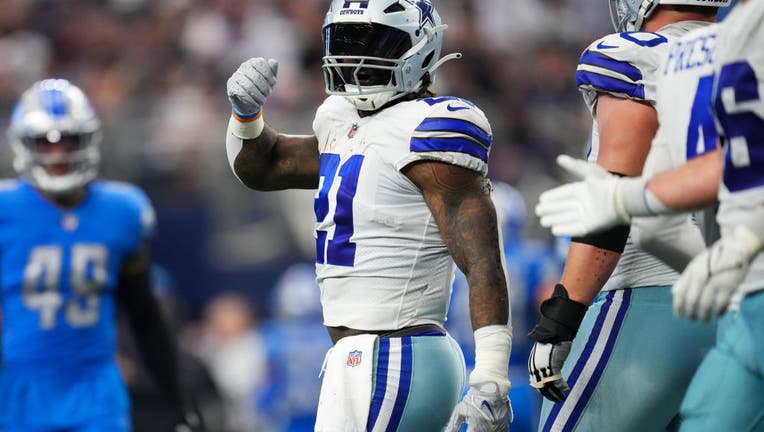 FRISCO, Texas - Dallas Cowboys running back Ezekiel Elliott missed practice for a second straight day on Thursday as he looks to recover from a sprained knee.

Elliott took a hard hit to the knee from Detroit Lions safety DeShon Elliott during the Cowboys 24-6 win. Elliott returned to the game, but has not practiced since.

Zeke was on the field Thursday during the portion of practice open to cameras, but he did not practice with his teammates.

He is questionable for Sunday's game against the Chicago Bears.

As Dak Prescott prepares for his second game back, he knows it might be with Pollard as his primary runner.

"My confidence in Tony is through the roof, just look at what he's done," Prescott said on Thursday. "He's a guy who is going to step up and be his best. He's a hell of a player."

Elliott is not the only Cowboys player dealing with injuries.

Cowboys head coach Mike McCarthy said he does not have high concern about Parsons' ability to play on Sunday.