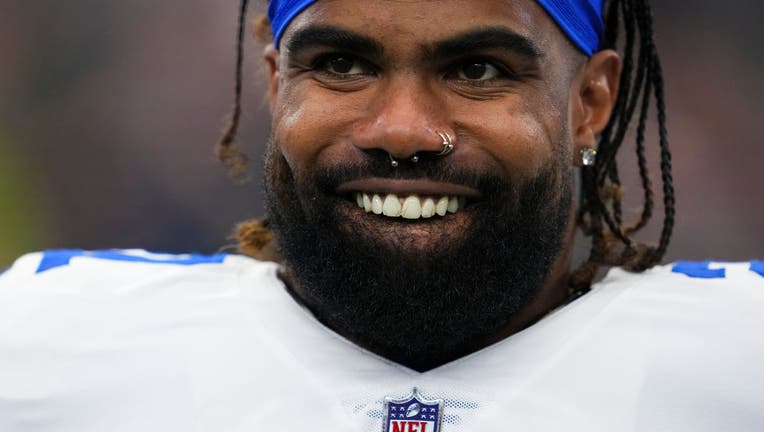 ARLINGTON, TX - OCTOBER 23: Ezekiel Elliott #21 of the Dallas Cowboys looks on during the national anthem against the Detroit Lions at AT&amp;T Stadium on October 23, 2022 in Arlington, Texas. (Photo by Cooper Neill/Getty Images)

FRISCO, Texas - The Dallas Cowboys have listed running back Ezekiel Elliott as doubtful to play in Sunday's game against the Chicago Bears.

If Elliott misses Sunday's game it would be just the second game he has missed due to injury in his seven-year career.

Elliott suffered a sprained knee in Dallas's 24-6 win over the Lions, after taking a direct hit. He later returned to game.

Elliott was listed as "did not practice" on Friday's injury report.

He also did not practice with the team Wednesday or Thursday.

The Cowboys may be more likely to sit Elliott ahead of next week's BYE to give the running back more time to recover.

If he misses the game, backup Tony Pollard would likely take over the starting role.