Dallas Wings hoping for a playoff win at home tonight

The Dallas Wings will get their All-Star back just in time for a winner-take-all playoff game in front of a home crowd.

ARLINGTON, Texas - The Dallas Wings have a winner-take-all game Wednesday night in the first round of the WNBA playoffs. And a key player may be back on the roster.

All-Star guard Arike Ogunbowale will be back on the court after missing the team’s last four regular season games and two playoff games because of an oblique injury.

She was a full participant in practice Tuesday, running through plays and taking free throws.

"Yeah, we’re super excited about Arike’s progress since she’s had her surgery. I mean, she’s been a great leader from the bench. She’s cheered on the team. She’s provided so much motivation and obviously we want her back as an added benefit, as an added element. I mean, she is a secret weapon," said Ladondra Wilson, the Dallas Wings VP of Social Responsibility. 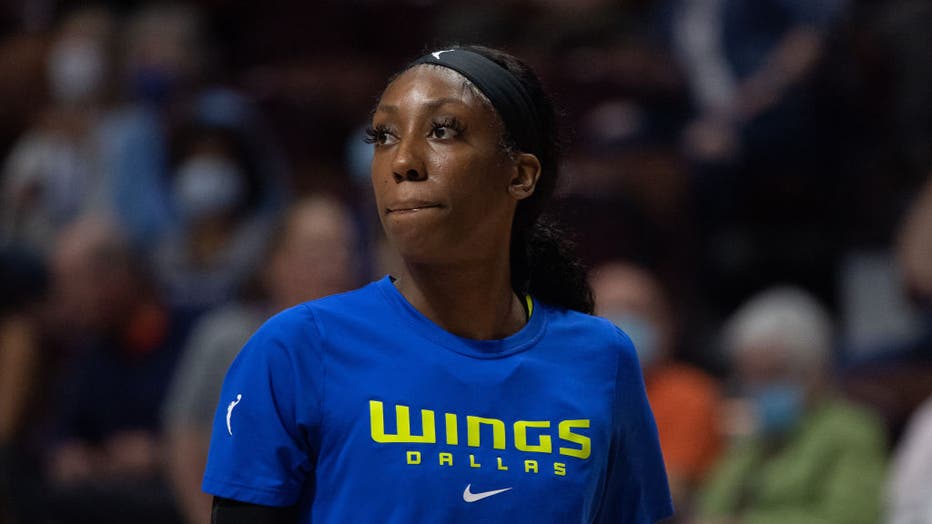 UNCASVILLE, CT - AUGUST 21: Dallas Wings guard Jasmine Dickey (23) looks on during halftime of Game 2 of the First Round of the WNBA Playoffs between the Dallas Wings and the Connecticut Sun on August 21, 2022, at Mohegan Sun Arena in Uncasville, CT.

"So, if she makes an appearance, that’s amazing but we know that our ladies are ready for the challenge," she said.

The Wings host the Connecticut Suns Wednesday night in the first WNBA playoff game ever played in North Texas.

The winner will advance to the second round to play the defending WNBA champion Chicago Sky.

Tickets for the game at the College Park Center in Arlington start at just $25. Tip-off is at 8 p.m.