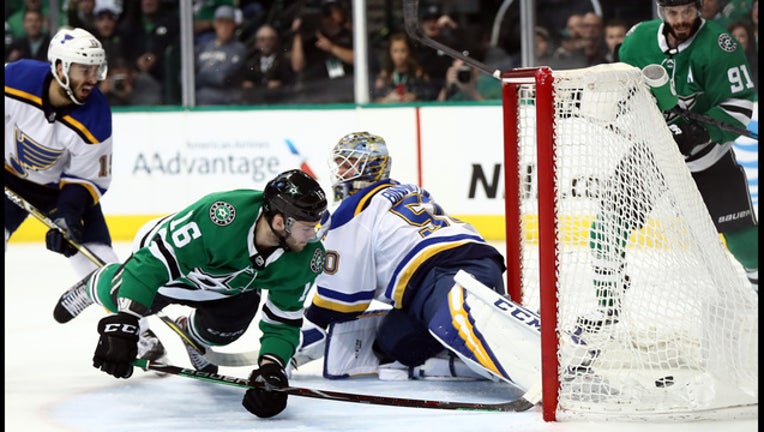 Jason Dickinson of the Stars celebrates a goal against the Blues during the first period of Game Four of the Western Conference Second Round at American Airlines Center on May 1, 2019 in Dallas, Texas. (Photo by Ronald Martinez/Getty Images)

FRISCO, Texas (AP) - The Dallas Stars have re-signed center Jason Dickinson to a $3 million, two-year contract, bringing back an emerging leader after he established career highs in scoring and playing time.

Dickinson was a solid playoff performer in his postseason debut as the Stars reached the second round before losing a Game 7 to eventual Stanley Cup champion St. Louis. He had five points (three goals, two assists) in 13 games.