XFL makes a comeback with 3 teams in Texas

Some familiar faces will be part of the latest reboot of the XFL. Owner Dwayne "The Rock" Johnson was in Arlington this weekend to announce the details of next year's return.

ARLINGTON, Texas - The XFL is coming back with three of the eight teams in Texas.

The announcement came from league owner Dwayne "The Rock" Johnson. He was in Arlington Sunday to announce the eight cities that will host teams.

Choctaw Stadium in Arlington, formerly the home of the Texas Rangers, will host games.

The Dallas Renegades played there right before the pandemic forced the XFL to file for bankruptcy halfway through its season in 2020.

Former Oklahoma coach Bob Stoops will return as the head coach of the Renegades. 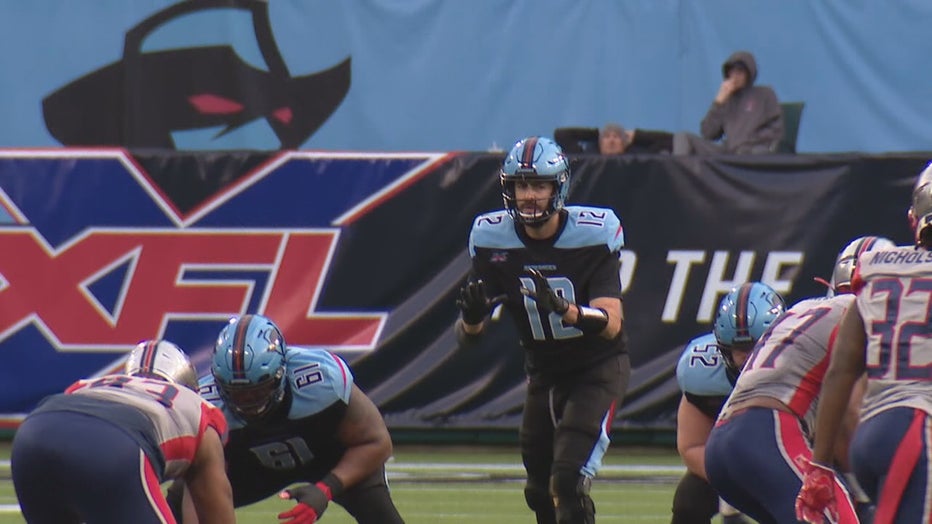 MLB struggles to get attendance back to pre-pandemic levels

And the San Antonio team will be coached by former Steeler’s receiver Hines Ward, who took the mic to say he already understands the impact Phillips has in the Lone Star State.

"We all know what he’s done in the state of Texas, his whole family and all the great players he’s coached. I’m circling the date we play because I want to beat Coach Phillips. He’s a good dude, though," Coach Ward said.

"I do have the second-highest winning percentage in Dallas Cowboys history too," Phillips added.

Some may remember the XFL from back in 2001 when former owner Vince McMahon had one full season.

His attempt to reboot was hampered by the pandemic and that’s when Johnson stepped in with a group of investors to buy the league.

It’ll go head-to-head with the newly refreshed USFL for the spring football audience.

New USFL hoping to succeed where other spring leagues failed

The XFL kicks off in mid-February.