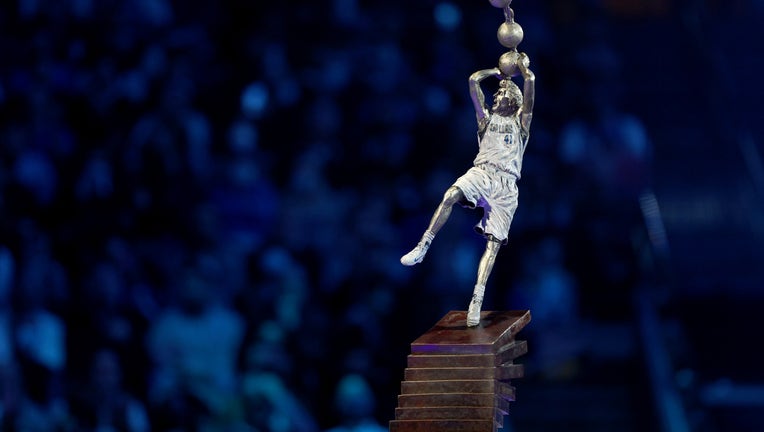 DALLAS - Dallas Mavericks legend Dirk Nowitzki will be honored on Christmas Day with a statue outside the American Airlines Center.

The Mavs will unveil the long-awaited statue at 11 a.m. on Dec. 25 in the South Plaza of the AAC during a ceremony for credentialed guests called 'All Four One'.

Nowitzki Way will be closed so the public can watch.

A livestream of the ceremony will be available to watch on Mavs.com.

Fans who have tickets for the Christmas Day game against the Lakers will also be allowed to come to the arena early to watch the ceremony on the jumbotron.

A prototype of the statue was first revealed during Nowitzki's jersey retirement ceremony last year.

While no one doubts that Dirk deserves a statue, the sculpture itself has caused some controversy among Mavs fans.

Many are critical of the three balls on the statue instead of just one.

The Mavericks have not said if the statue has been altered from the original prototype.

Nowitzki is the all-time leader in a number of statistics for the Mavs including points scored and games played and led the team to their only championship in 2011.