There are some new faces on this year’s roster, but Dallas Mavericks superstar Luka Doncic said the new players are in sync with Coach Jason Kidd and his system.

DALLAS - The Dallas Mavericks are ready to make another deep playoff run with the start of the NBA season now just one week away.

Jason Kidd is starting his second year as the team’s head coach. He led the team to the Western Conference Finals in his first season. 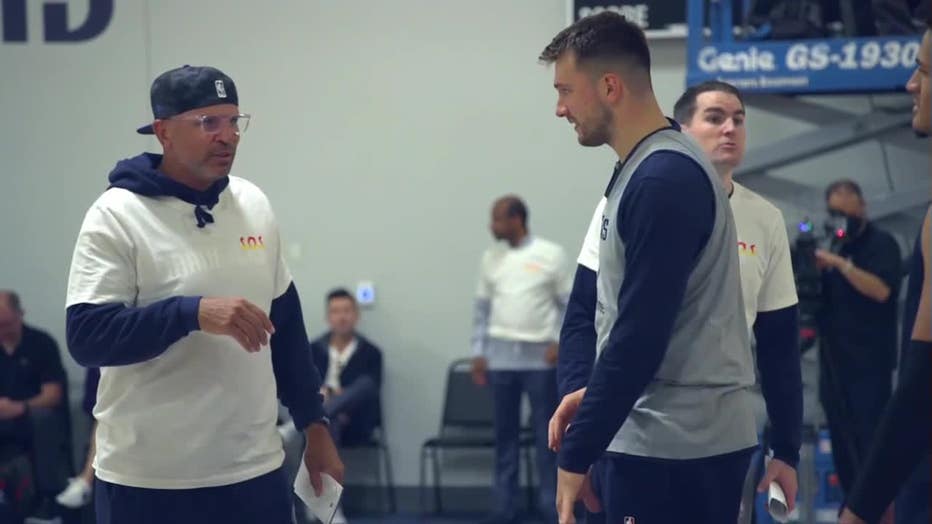 There are some new faces on this year’s roster, but superstar Luka Doncic said the new players are in sync with Kidd and his system.

"I think we’re doing a better job this year, you know, because we’ve been together for one year. We know what he wants from us," Doncic said.

"We have a great group of young men that No. 1 get along, that all have the same goal in mind and that’ to win," Coach Kidd said. "I think we’re excited about this upcoming season."

The Mavs tickets are among the hottest selling in the NBA. Ticket broker StubHub ranks all 30 teams by demand for tickets and the Mavs are nineth this season.

It’s the first time they’ve ever ranked in the top ten.

The Mavs’ home game on Christmas Day against the Los Angeles Lakers is the sixth most in-demand game this season.