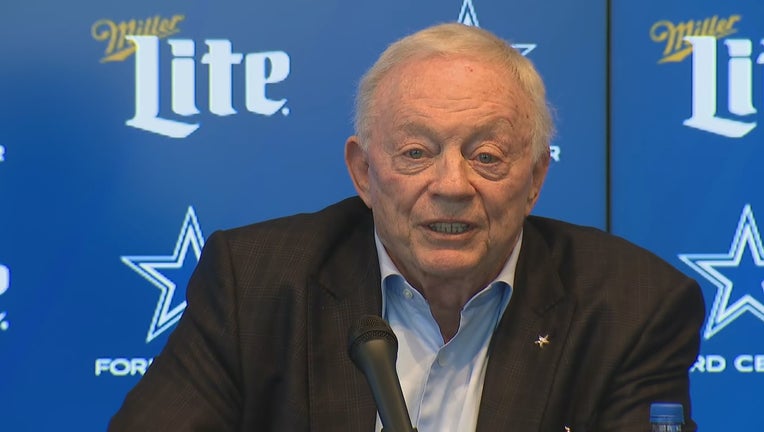 DALLAS - The Dallas Cowboys hope to find another star Thursday night in the first round of the NFL Draft.

This year, the Cowboys have the 24th pick in Thursday night's first round. They have talked about trading up to get a higher pick to fill big needs on both the offense and defense.

"We should think out of the box. We should be contrarians. That doesn't mea that that has to be on that particular decision. But it's a part of thinking unconventionally. So, you have to see which way the thing is going," said owner Jerry Jones.

Jones joked that his picks turn out well.

"Our process is an inclusive one. We’ve said it. There’s a lot of talk in this business about who makes the call, who actually makes the call. Okay. Taco was Stephen’s call. Parsons is my call," he said.

Taco Charlton, a 2017 first round pick, was a bust for the team.

The NFL Draft starts Thursday night and runs through Saturday. This year it will be in Las Vegas.