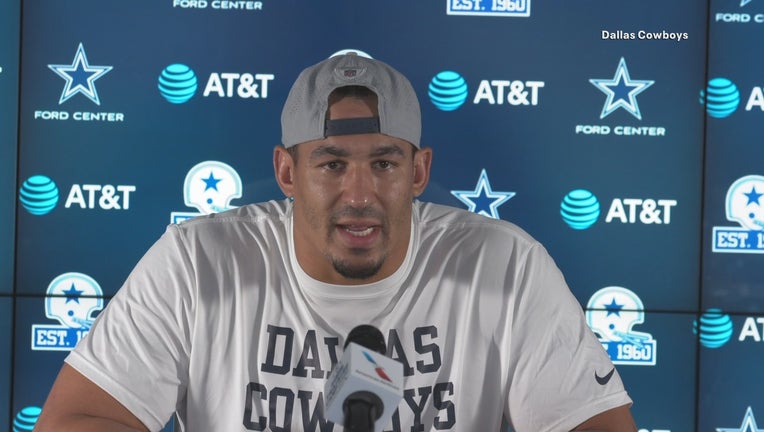 FRISCO, Texas - Another Dallas Cowboys team leader is indicating players might do more than kneel during the national anthem this season.

Protests against racial injustice are apparently now on the table for players, according to DE Tyrone Crawford, who spoke with the media on Thursday.

“We definitely have the green light on all that,” Crawford said, without elaborating on who had apparently signed off on such a protest.

Crawford said that the team was looking to make a big impression with whatever they wind up doing.

Crawford’s comments come a day after QB Dak Prescott's discussed what players would do during the national anthem. Dak said that players would be allowed to express themselves individually, but that there would be collective support amongst the team.

The discussions have taken place in the wake of the police shooting in Kenosha, Wisconsin and the death of George Floyd by police in Minneapolis.

Head coach Mike McCarthy also backed Prescott's comments, saying that players should be allowed to express themselves on an individual basis and that's how they will move forward.

Cowboys owner Jerry Jones said in his opening press conference of training camp that everyone must have "grace" for one another in regards to the national anthem. That indicated a change of heart, so to speak, on his past stance where he required that all players stand.

The Cowboys open the season on Sunday, September 13 in Los Angeles against the Rams.

Jerry Jones: Cowboys will use ‘grace’ on anthem question, plan to have fans at AT&T Stadium