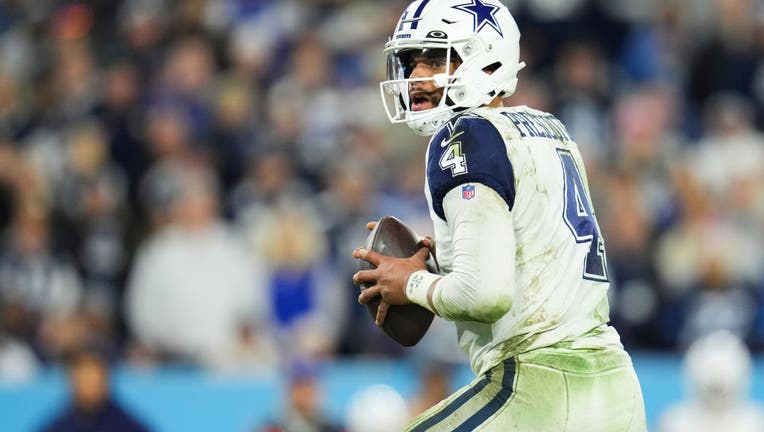 NASHVILLE, TN - DECEMBER 29: Dak Prescott #4 of the Dallas Cowboys looks to pass against the Tennessee Titans at Nissan Stadium on December 29, 2022 in Nashville, Tennessee. (Photo by Cooper Neill/Getty Images)

DALLAS - The Cowboys say they’re approaching the regular season finale with the goal of being division champions.

For that to happen, Dallas must beat the Washington Commanders on Sunday and the Philadelphia Eagles must lose.

If the Cowboys don’t end up as NFC East Champs, they’ll play Tom Brady and the Buccaneers in Tampa on wild card weekend.

Dallas Cowboys playoff scenarios, from a bye to taking on Tom Brady

On his radio show, owner Jerry Jones said he hopes the team gets to stay in Arlington for its first postseason game.

The Cowboys’ final regular season game is on FOX 4.