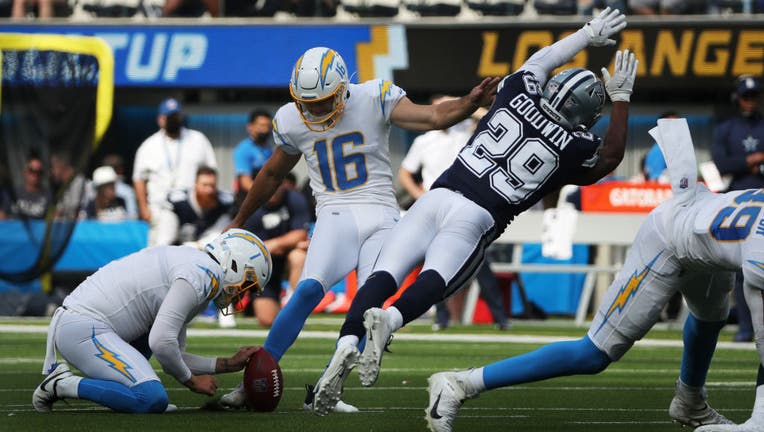 INGLEWOOD, CA - SEPTEMBER 19, 2021: Los Angeles Chargers kicker Tristan Vizcaino (16) gets his foot on the ball for a field goal just as Dallas Cowboys defensive back C.J. Goodwin (29) dives for an attempted block at SoFi Stadium on September 19, 202

DALLAS - The Dallas Cowboys don’t plan to make a change at kicker. But for this weekend’s playoff game, they’re bringing in a backup option just in case.

Since then, he’s kicked for a handful of teams, including the New England Patriots and the Arizona Cardinals.

On Good Day Thursday morning, Cowboys analyst Babe Laufenberg talked about what that means for kicker Brett Maher after that rough performance in the wild card win over the Tampa Bay Buccaneers.

"All you can do is hope that that was just a one-off. And I know hope is not a game plan, but they do have a guy in reserve. If they win this, this, this is my guess. If they win this week, and if Maher struggles in some form or fashion, now they've been able to take a look at a guy this week, and he'll be ready to go for next week. But no question, lot of pressure on Brett Maher," he said. 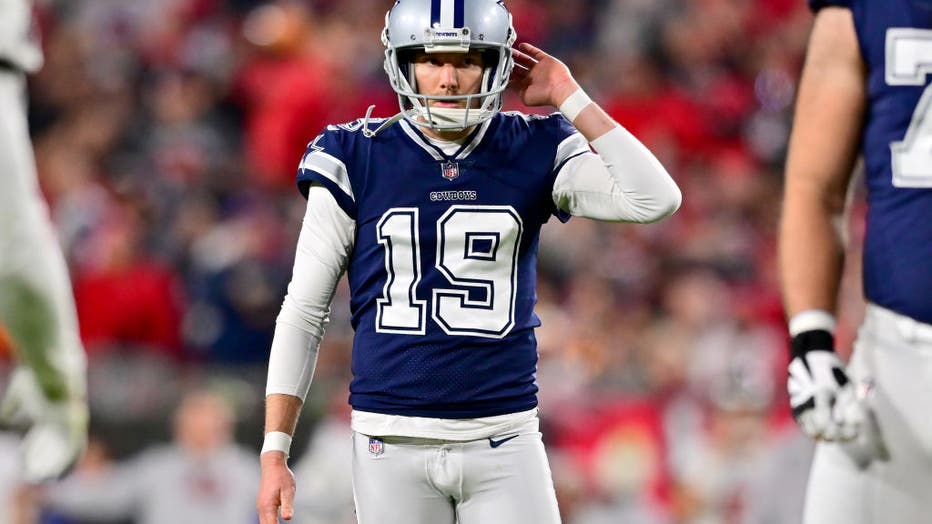 TAMPA, FLORIDA - JANUARY 16: Brett Maher #19 of the Dallas Cowboys reacts after missing an extra point against the Tampa Bay Buccaneers during the third quarter in the NFC Wild Card playoff game at Raymond James Stadium on January 16, 2023 in Tampa,

Vizcaino will compete with Maher in practice Thursday and Friday.

The Cowboys have indicated Maher will be the kicker in Sunday’s playoff game against the San Francisco 49ers.

How to watch Dallas Cowboys vs. San Francisco 49ers - channel, stream, and more