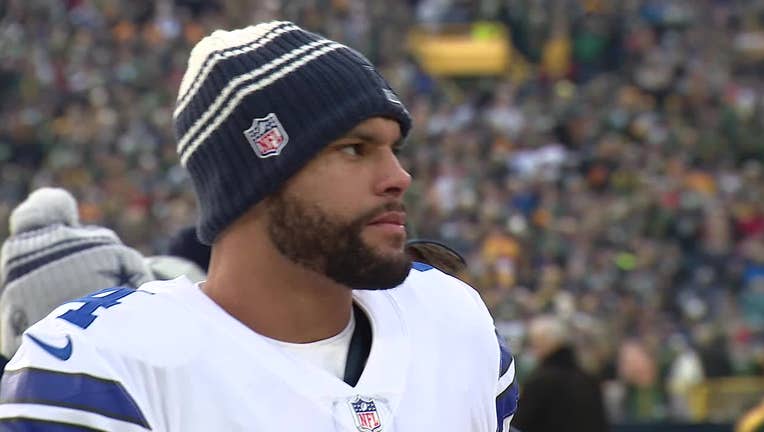 DALLAS - The Dallas Cowboys are spending the week preparing for the Eagles. And they’ll start by trying to fix problems that caused them to lose last week.

Jacksonville was able to start its game-winning comeback thanks to blown coverage.

As a result, Dallas cornerback Kelvin Joseph found himself battling in practice to hold on to his spot in the secondary.

On offense, a pair of interceptions killed the Cowboys’ momentum against the Jaguars.

Quarterback Dak Prescott was frustrated after the game but said he’s making adjustments.

"From outside I wouldn't worry about that with one second with me.   And if I'm not, I'm for sure not hesitant or scared to say that, ‘Hey, I'm struggling a little bit.’ Uh, so when something like that is happening, it's about knowing who you are, continuing to double down, staying focused, understanding that some things are out of your control. But I'm in charge of my attitude, the work ethic that I put in.  The way that I respond and that's all that I am doing each and every day when I wake up is I just trying to get better," he said.

The Cowboys and Eagles play on FOX 4 on Christmas Eve.

RELATED: How to watch Dallas Cowboys vs. Philadelphia Eagles - channel, stream, and more