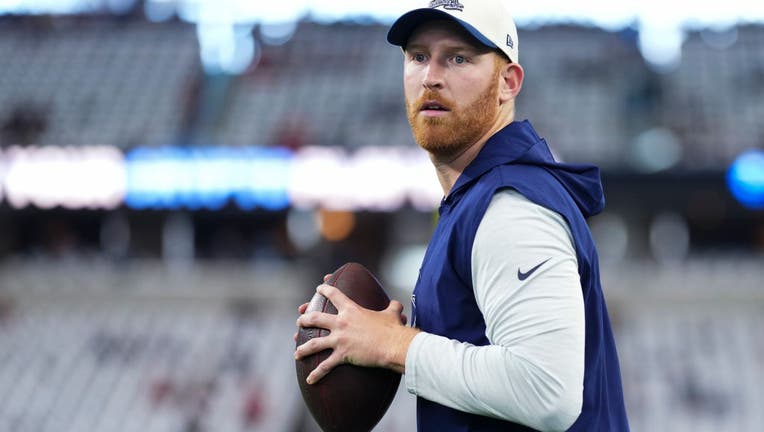 ARLINGTON, TX - SEPTEMBER 11: Cooper Rush #10 of the Dallas Cowboys warms up against the Tampa Bay Buccaneers at AT&amp;T Stadium on September 11, 2022 in Arlington, TX. (Photo by Cooper Neill/Getty Images)

DALLAS - The Dallas Cowboys said their backup quarterback is the right man to lead them as they wait for Dak Prescott's return.

Cooper Rush will start for at least the next few games.

Prescott is recovering from surgery for a broken thumb on his throwing hand.

Rush will make his second career start on Sunday. His first came last year in a win on the road against Minnesota.

Head coach Mike McCarthy said Rush's ability to step in makes it easier to shake off the loss of Prescott.

"Yes. It's very disappointing to lose your starting quarterback. It's extremely disappointing to lose Dak. But the reality is we need to go beat Cincinnati and Cooper has the reigns. When you have a chance to go through one experience with your quarterback, you know, and Cooper showed us a lot that day. But the other part of it is, we work every day with Cooper, so. He's coach smart. He's got a great disposition for the number two. Uh, there's so much to love about Cooper. But most importantly, he just needs to get in there and run the offense," Coach McCarthy said.