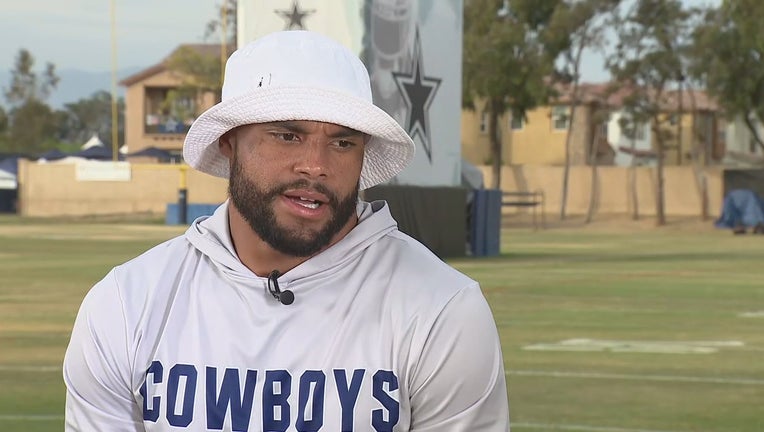 DALLAS - Cowboys quarterback Dak Prescott is blazing through training camp in better shape than in the past.

Last year was the first full season after that devastating leg injury that sidelined Prescott in October of 2020. Getting back into the game is something he doesn’t have to deal with this time around.

With a change in diet and a new approach to fitness, Prescott said he’s in great shape this summer.

He sat down with FOX 4’s Mike Doocy for a one-on-one chat.

Dallas Cowboys owner and general manager Jerry Jones sat down for a 1-on-1 interview with FOX4's Mike Doocy to discuss several different topics.

The Cowboys are entering their seventh season with Prescott at the helm. His numbers are impressive – 21 games above 500 as a starter and three times as many touchdowns as interceptions. But he only has one playoff win.

Prescott said that’s the kind of criticism he tries to ignore.

"For me, it’s about focusing on what I can do, knowing who I am, the people/organization that I play in. Coe out each and every day to improve my game. I feel like I’m a great player and I got a lot of great players around me so the only number that you said I really care about are the wins. Looking to make that number greater than 500 each and every time I get out there," he said.

Since he’s in better shape than he’s been in a long time, Prescott said he may take more opportunities to run the ball this year. Last year he had his lowest rushing total of his career.

He continues to cite his strong faith in God for his success.