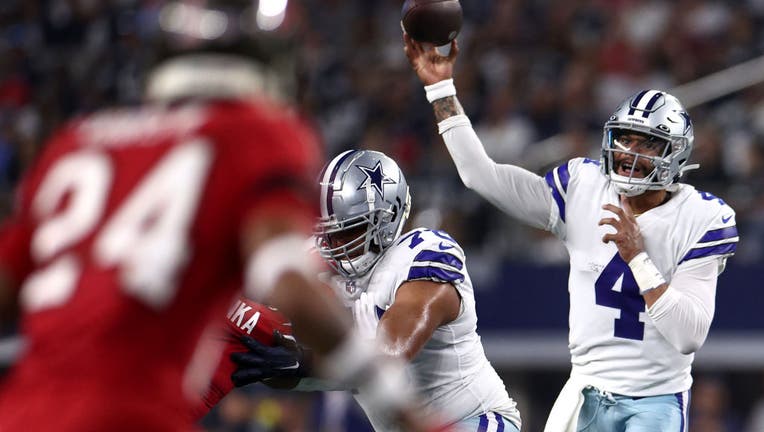 ARLINGTON, TEXAS - SEPTEMBER 11: Dak Prescott #4 of the Dallas Cowboys throws against the Tampa Bay Buccaneers during the first half at AT&amp;T Stadium on September 11, 2022 in Arlington, Texas. (Photo by Tom Pennington/Getty Images)

After a bad loss in their regular season finale, the Dallas Cowboys head into the playoffs as the No. 5 seed for a wild-card showdown with Tom Brady and the Buccaneers.

The Cowboys go into the playoffs with a flat performance against the Commanders.

RELATED: Cowboys lose to Commanders 26-6, settle for No. 5 seed

The offense only had one touchdown, and after another pick six, Dak Prescott has a career-long seven-game interception streak.

Prescott and the Dallas offense had just 169 total yards before he was replaced by Cooper Rush in garbage time.