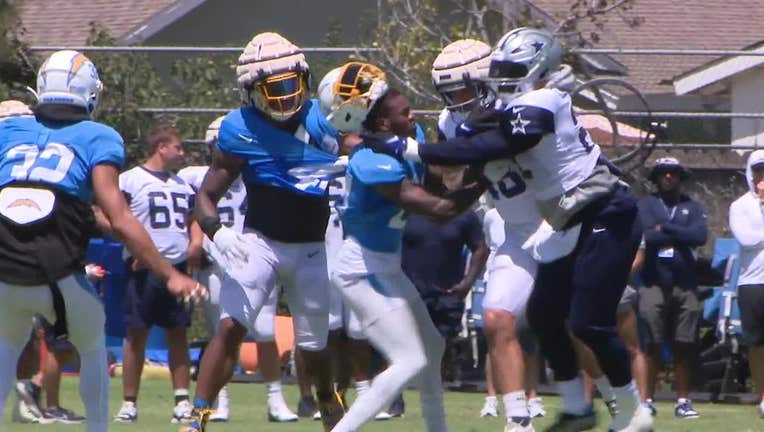 LOS ANGELES - The Dallas Cowboys and Los Angeles Chargers had an intense practice in LA.

Running back Ezekiel Elliott went right at three Chargers defenders, knocking off the helmet of one defender.

The Cowboys coaches called the workout aggressive but clean.

They are hoping for a better performance after the first pre-season game last week against the Denver Broncos, which was full of mistakes and other penalties.

"We want to be physical and finish and so forth but at the end of the day, we don’t want any fights or things like that. But, you know, the biggest thing is to get back, keep the tempo up because, you know, all that does is disrupt the flow of practice, tempo. And that’s just very disruptive and there’s nothing good that comes out of it," Coach Mike McCarthy said.

The Cowboys and the Chargers practice again Thursday.

They play a pre-season game Saturday night in LA.