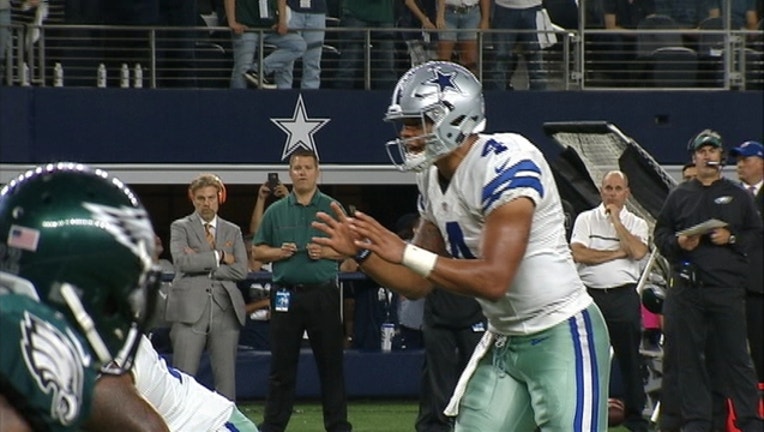 While standing on the red carpet at the ESPYs on Wednesday, QB Dak Prescott boldly claimed, "We're the Cowboys. We're gonna win the NFC East."

If Prescott is right, the Cowboys will be the first team to win consecutive NFC East titles since the Philadelphia Eagles did it between 2001 and 2004.

The Dallas Cowboys went 13-3 last season before losing to the Green Bay Packers in the Divisional Round of the postseason.