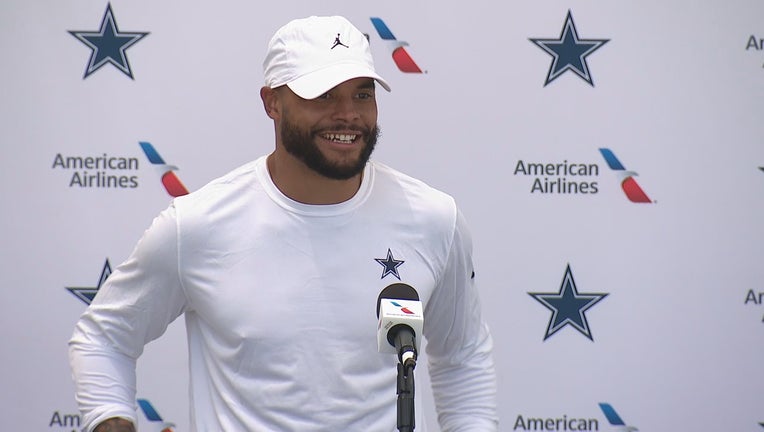 OXNARD, Calif. - Cowboys quarterback Dak Prescott said he must play better if the Cowboys are going to win this season.

He set a team record of 37 touchdowns last year in his comeback after a terrible ankle injury.

And he said he is ready to shoulder the responsibility that comes with being the leader on the field of the Cowboys’ offense.

"Obviously knowing the quarterbacks that played specifically for this team and knowing their legacy, the ones we hold to the highest standards, the ones that have Super Bowl rings, it starts there for me as I’m trying to fill the shoes of those who’ve come before me and do something for this organization that hasn’t been done in a long time," he said.

"And this is Dak Prescott’s offense and I think I see him really taking ownership of that. Because at the end of the day, you know, defense wins championships but the Super Bowl is won by the quarterback," Coach McCarthy said.

Prescott said he believes the old saying is true and understands that quarterbacks win the Super Bowl with their big plays and big moments.

"You have to make big time throws on third down, fourth down to win games," he said.