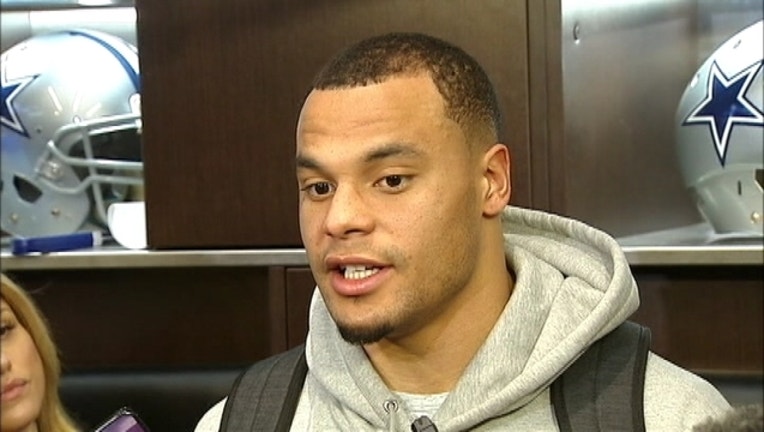 A trading card evaluator is accusing Dak Prescott of using a machine to autograph memorabilia, instead of signing them by hands.

According to ESPN, Beckett Grading Services, which authenticates and values trading cards, has refused to verify the star quarterback's signature in Panini's 2016 Prizm Set.

"They had a very machine-like feel," said Steve Grad, principal authenticator at Beckett. "You could see the starts and stops."

Grad's skepticism is due to the lack of a natural flow in the signature. He believes that Prescott used autopen, a machine that politicians use to sign documents.

"I immediately knew it was autopen," Grad said. "I've never heard of a modern athlete doing this."

ESPN's attempts to reach both Prescott and Panini were unsuccessful.