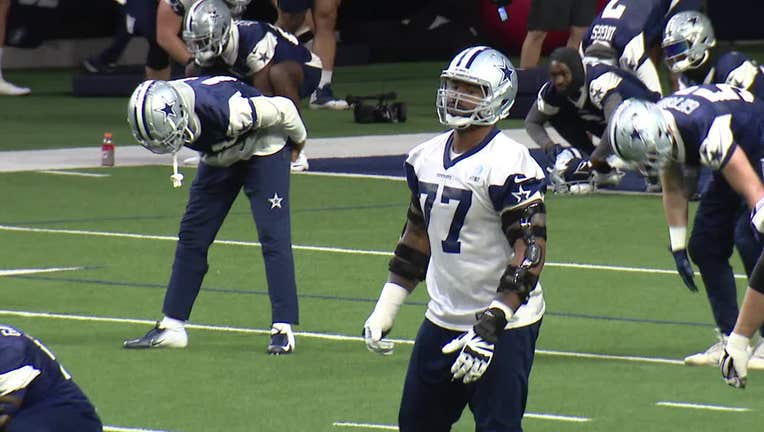 DALLAS - The Dallas Cowboys expect to have one of their stars back for Sunday’s game in Jacksonville.

On his radio show, team owner Jerry Jones said tackle Tyron Smith is on track to play against the Jaguars.

"As I see it right now, he’ll be playing Sunday. And we’ll see how that works. But I’m planning on and I know that he’s planning on having a good week of practice and if so we could see him get snaps Sunday," Jones said.

Smith had surgery in late August for a leg injury he suffered during practice.

He has not played this year.

The eight-time Pro Bowler will help an offensive line that lost starter Terence Steele to a season-ending injury in last week’s game.