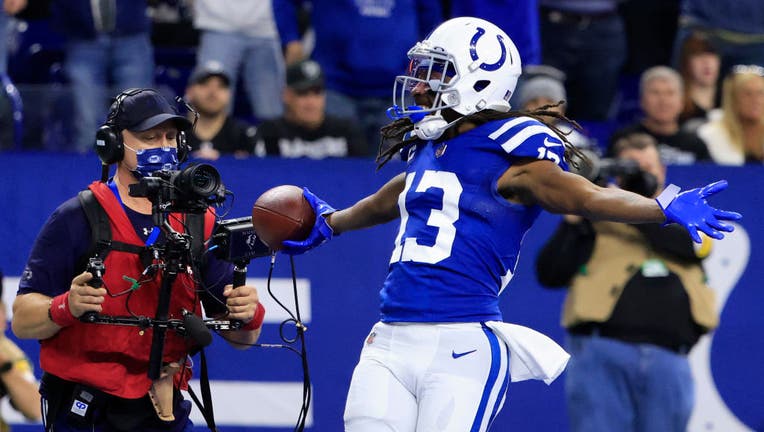 INDIANAPOLIS, INDIANA - JANUARY 02: T.Y. Hilton #13 of the Indianapolis Colts celebrates a touchdown in the game against the Las Vegas Raiders at Lucas Oil Stadium on January 02, 2022 in Indianapolis, Indiana. (Photo by Justin Casterline/Getty Images

Hilton had gone unsigned all season after his 10-year run with the Colts ended following the 2021 season.

The 33-year-old played 10 games for the Colts last season after starting the year on injured reserve because of a neck injury that required surgery.

Beckham spent two days with the Cowboys last week, but no offer was made. He declined to discuss his visit but said after he left that he wouldn’t play in the regular season.

Beckham tore an ACL in the Super Bowl in February while winning a championship with the Los Angeles Rams.

Jerry Jones: 'Not confident at all' that Cowboys would sign Odell Beckham Jr. without working out

Lamb has taken over the No. 1 receiver role this season after the offseason trade of Amari Cooper to Cleveland in a cost-cutting move.