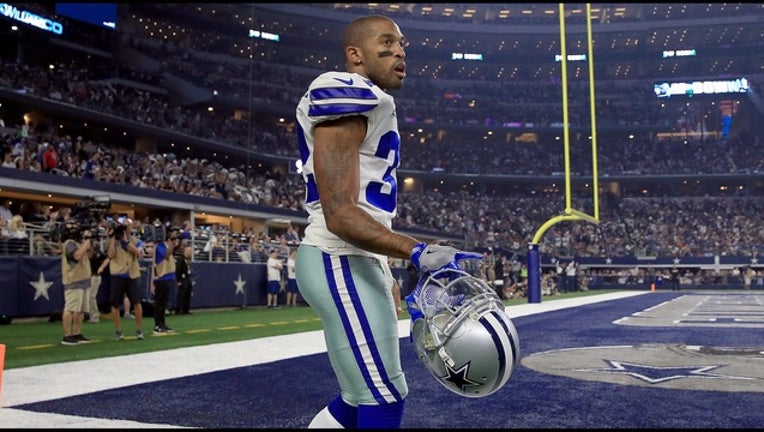 Orlando Scandrick of the Dallas Cowboys walks to the locker room after being injured on a play against the New York Giants in the first half at AT&T Stadium on September 10, 2017 in Arlington, Texas. (Photo by Tom Pennington/Getty Images)

FRISCO, Texas (AP) - The Dallas Cowboys have released 10-year veteran cornerback Orlando Scandrick, another move toward getting younger in the secondary.

Scandrick had asked for a release that the Cowboys made official with Saturday's move. The post-June 1 designation gives Dallas $3 million in salary cap space this season with a $1.6 million cap charge in 2019.

The 31-year-old Scandrick was a fifth-round pick by the Cowboys in 2008 and had eight interceptions in 125 games. He missed all of 2015 after tearing ligaments in his right knee late in training camp and struggled with injuries the past two seasons.

Dallas drafted cornerbacks Chidobe Awuzie and Jourdan Lewis in the second and third rounds last year. The Cowboys are moving 2015 first-round pick Byron Jones back to cornerback from safety and have other young defensive backs as well.