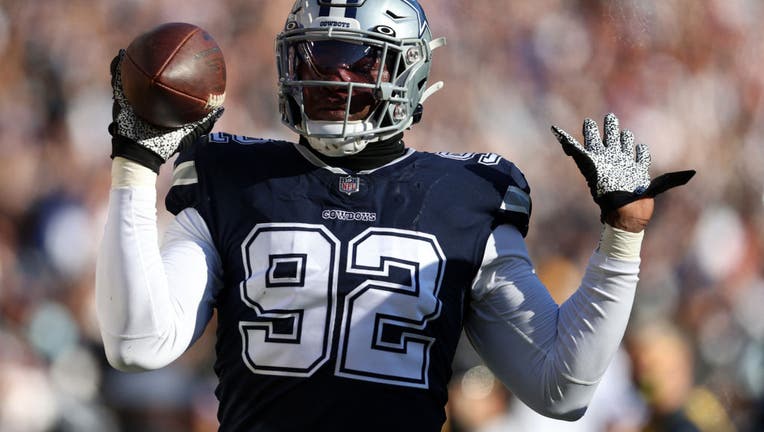 LANDOVER, MARYLAND - DECEMBER 12: Dorance Armstrong #92 of the Dallas Cowboys celebrates after returning a fumble for a touchdown during the first quarter against the Washington Football Team at FedExField on December 12, 2021 in Landover, Maryland.

DALLAS - The Dallas Cowboys are bringing back a player they hope will fill a hole on the defensive line.

Dorance Armstrong is reportedly getting a two-year, $13 million deal.

He hopes to replace the troubled Randy Gregory, who left Dallas for Denver.

Armstrong had five sacks and played in 13 games last season.

"This is a place that I was comfortable playing in. Place I knew people wanted me to be, and I also wanted to come back and improve off last year," he said.