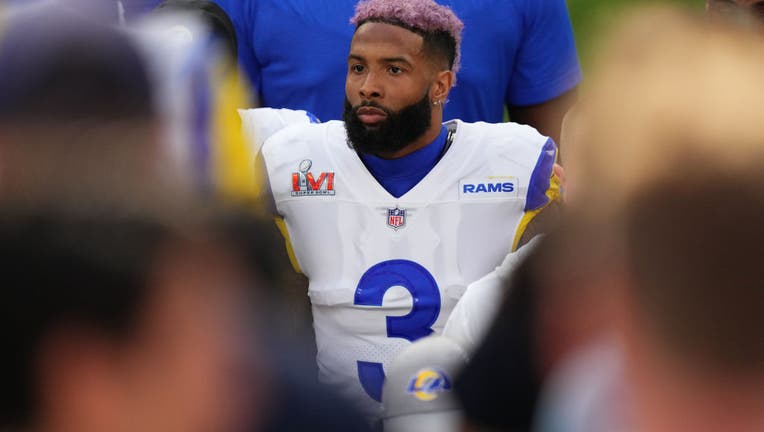 INGLEWOOD, CALIFORNIA - FEBRUARY 13: Odell Beckham Jr. #3 of the Los Angeles Rams walks off of the field prior to the NFL Super Bowl LVI football game against the Cincinnati Bengals at SoFi Stadium on February 13, 2022 in Inglewood, California. (Phot

Beckham spent Monday and Tuesday visiting with the Cowboys, including Monday night at the Mavs game with Trevon Diggs and Micah Parsons.

There are concerns that Beckham's surgically-repaired knee won't be good to go until the postseason.

Parsons was asked if Beckham indicated to him when he thinks he'd be able to return.

Jerry Jones: 'Not confident at all' that Cowboys would sign Odell Beckham Jr. without working out

"He told me 5 weeks," the pass rusher said. "I believe no trainer, no doctor, no anybody in the league can tell a player how he feels. It's your body."

"I think he's hungry, he has family that lives here," Parsons continued. "His mom and dad and all them live here, he got to meet up with them, so I definitely think this might be a homecoming for him."

During a press conference on Wednesday Cowboys head coach Mike McCarthy was asked if he wanted the receiver on the team and he stopped short of saying he wanted OBJ on the roster.

"I think the biggest thing is to get through those questions, you know, exactly where he is," McCarthy said. "The rehab process, we talk about this all the time, the return to play. I could not tell you specifically where he is."

Beckham's three finalists were thought to be the Buffalo Bills, New York Giants and the Cowboys.

There are now reports that the Philadelphia Eagles could be interested. 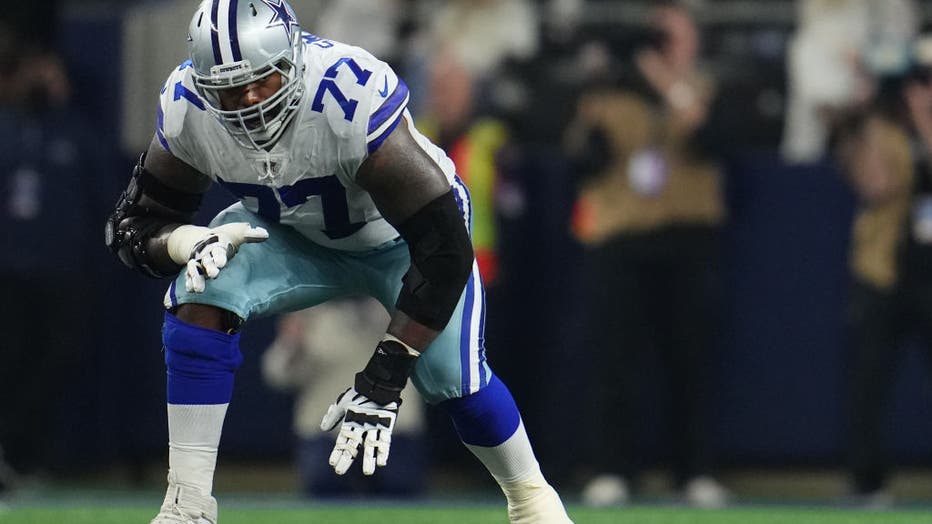 ARLINGTON, TEXAS - JANUARY 16: Tyron Smith #77 of the Dallas Cowboys gets set against the San Francisco 49ers during an NFL wild-card playoff football game at AT&amp;T Stadium on January 16, 2022 in Arlington, Texas. (Photo by Cooper Neill/Getty

As for other players battling back from injury, offensive tackle Tyron Smith was back on the practice field Wednesday.

He suffered a serious hamstring injury during the preseason and could make his regular season debut Sunday against the Texans.

You can watch that game at noon on FOX 4.