The wild-card meeting Sunday is the first step toward a Super Bowl instead of the last, with Dak Prescott and the Cowboys (12-5) trying to get that far in the playoffs for the first time since the year after their rivalry with the 49ers was the biggest thing going in the NFL.

Prescott was the starter from the beginning of his rookie season in 2016, leading Dallas to the top seed in the NFC before a loss in his playoff debut at home to Green Bay. Now he’s the $40 million-a-year quarterback trying to get the storied franchise’s long-awaited run going in his third trip to the postseason.

"I don’t necessarily know why people have labeled the word ‘pressure’ as such a bad thing honestly," Prescott said. "I think it creates high expectations and high standards, and they usually create high results."

Jimmy Garoppolo and the visiting 49ers (10-7) are two years removed from losing to Kansas City in the Super Bowl. They needed a tense victory at the Los Angeles Rams in the finale to qualify for the playoffs while the Cowboys cruised late in the season as NFC East champs.

"We know we have a chance to do something special and it’s just you don’t get that opportunity every year," said Garoppolo, who was Tom Brady’s backup for two of New England’s Super Bowl titles before getting his start against Patrick Mahomes when the Chiefs rallied in the fourth quarter for a 31-20 victory.

"And so I’ve been on a number of teams that went to the Super Bowl, and I’m not saying anything like that, but just there’s a feeling and you want to make them count as long as you have them I guess," Garoppolo said.

Garoppolo knows every game from here on out could be his last with the 49ers. San Francisco traded three first-round picks to draft Trey Lance third overall last spring, and it’s only a matter of time before the former North Dakota State quarterback gets his chance.

But each time Garoppolo helps lead the Niners to a win, it gives him another game this season and raises some questions about whether he could return in 2022 for the final year of his contract.

"It’s always in the back of your mind," Garoppolo said. "It has been in mine really this whole season. I knew what type of season it was, knew everything that was going on behind the scenes and whatnot. So it was a little different. But, at the same time, you’ve got to toe that line because you don’t want to get too emotional in those moments."

The Cowboys led the NFL in points and yards, but pockets of inconsistency led to about a month of chatter over whether Prescott was in a slump. Receivers Amari Cooper and CeeDee Lamb have shown flashes of dominating games, but each disappeared at times.

Ezekiel Elliott battled a knee injury most of the season and hasn’t had a 100-yard rushing game since Week 5. The two-time rushing champion appears to be getting healthy at the right time. Now’s the time for the Cowboys, in the playoffs for the first time since 2018, to put it all together on offense.

"I love the way our team has traveled through the season," said coach Mike McCarthy, in the first playoffs for the first time with Dallas after taking Green Bay the postseason nine times in 12-plus seasons. "We’ve been able to go through the ups and downs, the adverse moments, changing personnel. We have an excellent foundation to take into this playoff." 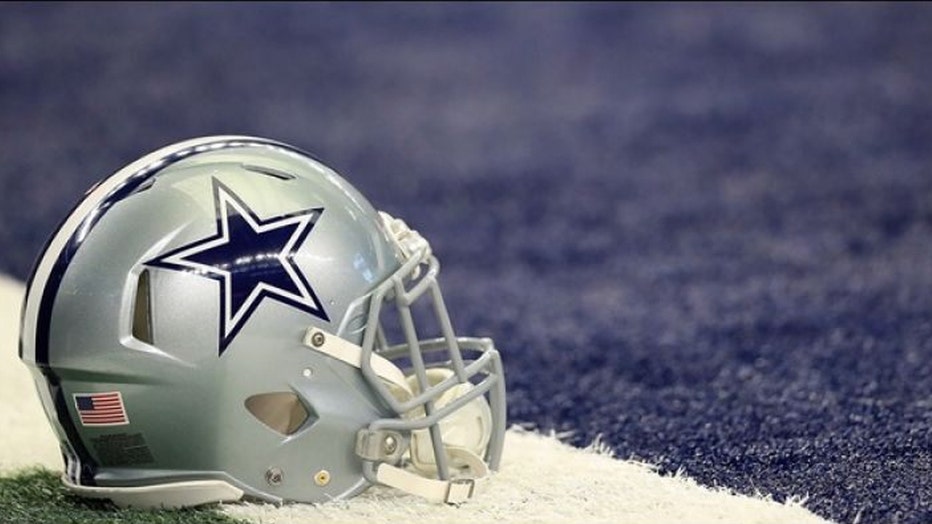 The 49ers offense has relied heavily on versatile receiver Deebo Samuel, who has been one of the most exciting players in the league whether as a receiver or a running back. He finished the regular season with a career-high 77 catches for 1,405 yards to go with 365 yards rushing and 14 total TDs.

Samuel is the only player in NFL history with at least 1,400 yards receiving and 300 yards rushing in a season and is the first to average at least 18 yards a catch and 6.0 yards per carry since Lenny Moore in 1958 as his ability to break tackles leads to big plays.

"That’s why we really liked Deebo, whatever his pluses and minuses were, we knew that he was a physical guy and that’s why we knew we needed to add him to our group," coach Kyle Shanahan said. "To be able to use his physicality as a receiver has been huge, but now that we’ve been able to add the running back part, it just makes it so much easier to get the ball in his hands."

NFL interceptions leader Trevon Diggs, who had 11 in his second season with the Cowboys, makes his playoff debut along with linebacker Micah Parsons. The rookie from Penn State has a chance to win the defensive rookie and defensive player of the year awards. Lawrence Taylor was the previous player to do that with the New York Giants in 1981.

"I think the whole rookie phase is about over," said Parsons, who led first-year players with 13 sacks. "I think it’s just another game. The only difference is this will dictate if we’re going home or not, and I hope we’re not going home."