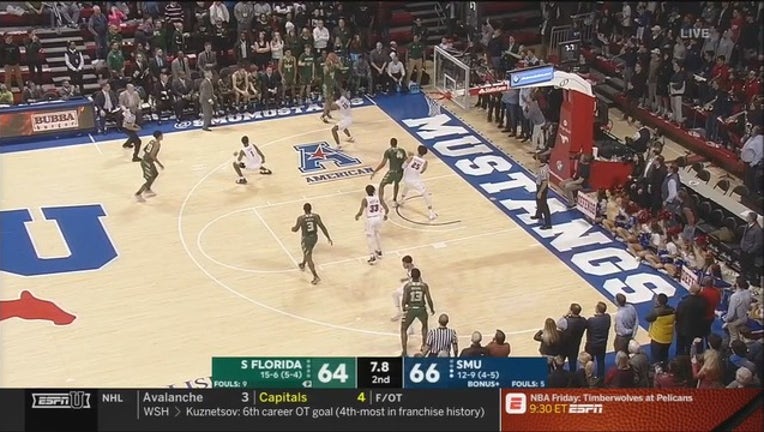 DALLAS (AP) - David Collins hit two key 3-pointers in the final 72 seconds, the second one lifting South Florida to a 67-66 victory over SMU on Thursday night.

After a timeout with 17 seconds left, USF's Laquincy Rideau penetrated from the right side and threw a skip pass to Collins near the left corner. He knocked down the 3-pointer to give the Bulls a one-point lead with six seconds remaining.

After an SMU timeout, the Mustangs' Jimmy Whitt Jr. brought the ball up the right side of the floor. As he approached the right side of the 3-point arc he attempted to pass but it was deflected and picked up by SMU's Ethan Chargois who could only throw up a lunging off-balance shot as time ran out.