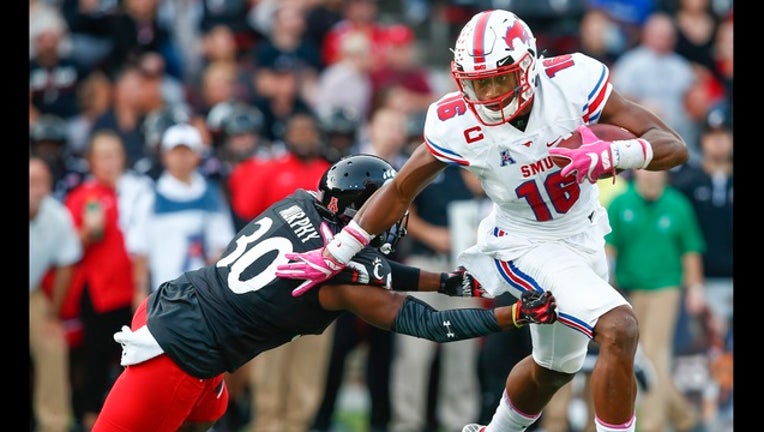 Courtland Sutton #16 of the SMU Mustangs runs the ball after reception as Chris Murphy #30 of the Cincinnati Bearcats reaches for the tackle at Nippert Stadium on October 21, 2017 in Cincinnati, Ohio. (Photo by Michael Hickey/Getty Images)

At 6-foot-3 and 218 pounds, Sutton will give Case Keenum another big, physical red-zone target to go with receiver Demaryius Thomas and second-year tight end Jake Butt, who missed his rookie year while recovering from knee surgery.

Recruited out of high school as a safety, Sutton was moved to wide receiver by former Mustangs head coach June Jones, who saw his ball skills and figured he'd be more productive on offense.

The Broncos, who grabbed pass rusher Bradley Chubb with the fifth overall pick in the first round, have two more picks Friday night, both in the third round.